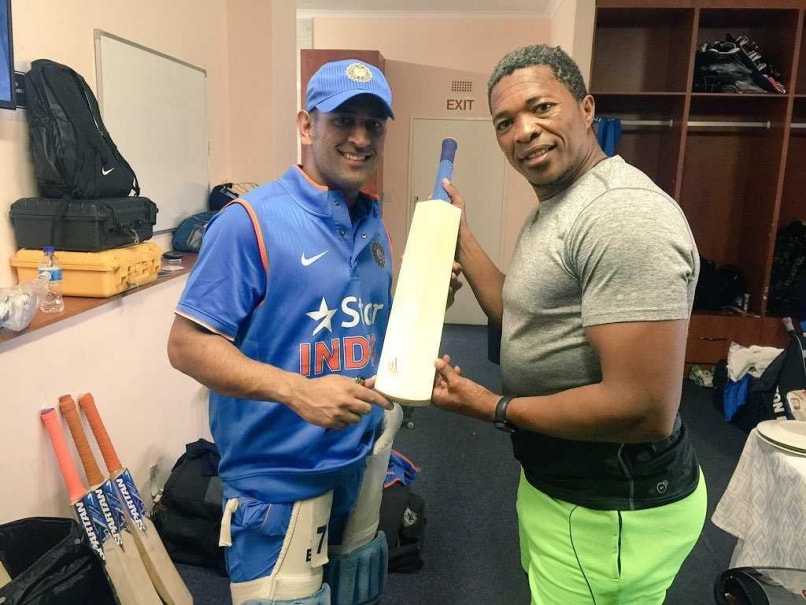 Though they have been rivals on the field but off it India captain Mahendra Singh Dhoni and former South Africa pace bowler Makhaya Ntinishare great camaraderie.

It was evident as the two met after the India's eight-wicket victory over Zimbabwe in Harare on Monday.

Ntini, who is the interim head coach of Zimbabwe, was gifted an autographed bat by Dhoni.

The South African pacer played 101 Tests and 173 One-Day Internationals in an international career spanning from 1998 to 2011.

India are touring Zimbabwe to play three One-Day Internationals and Twenty20 Internationals each. The Asian team have already clinched the three-match ODI series 2-0.

The two teams take on each other in the last ODI on Wednesday.

Comments
Topics mentioned in this article
Zimbabwe vs India 2016 India Cricket Team South Africa Cricket Team Zimbabwe Cricket Team MS Dhoni Makhaya Ntini Cricket
Get the latest updates on IPL Auction 2023 and check out  IPL 2023 and Live Cricket Score. Like us on Facebook or follow us on Twitter for more sports updates. You can also download the NDTV Cricket app for Android or iOS.