Zimbabwe stunned India by two runs to take 1-0 lead in three-match series. India skipper could not take team over the line with eight needed off the final over 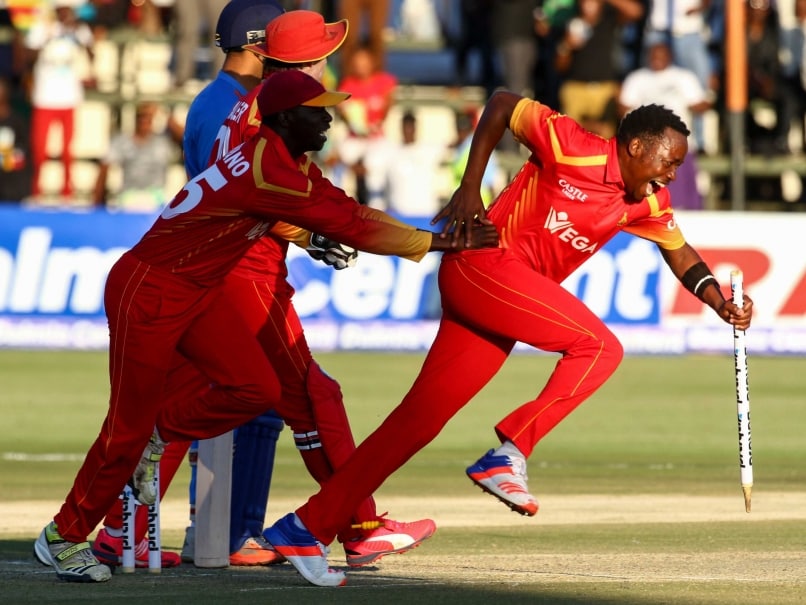 India suffered a shocking two-run defeat at the hands of an unheralded Zimbabwe as they failed to chase down a tricky target in thefirst T20 International, here on Saturday.

Chasing a target of 171, India were restricted to 168 for six with seamer Neville Madziva bowling a brillint over to give the hosts a 1-0 lead in the three-match series.

After a 3-0 cakewalk in the preceding ODI series, India were brought down to earth by this embarrassing defeat in which captain Mahendra Singh Dhoni's reputation as a finisher again took a beating.

Needing only eight off the final over, Dhoni couldn't connect a single big shot during his sedate 19 off 17 balls. Surprisingly, Dhoni took single to expose Himachal Pradesh's Rishi Dhawan (1), who simply lacked quality or ability to hit the ball out of the park.

Madziva bowled fuller and a few length deliveries, mixing it up nicely as the few hundreds of Zimbabwean supporters were ecstatic in joy.

IPL regulars like Manish Pandey (48) and Axar Patel (18) did their bit to set it up but when it mattered the most, the little known Zimbabwean boys, none of whom have franchise contract in private leagues did it for their country.

With 79 required off 42 balls, Pandey decided to take on rival captain Graeme Cremer, hitting him for two consecutive sixes as 16 runs came off the 14th over in company of skipper Dhoni. The presence of Dhoni also ensured that singles were converted into doubles.

The skipper got his first boundary in the next over with a nice little bisected between point and gully that went for a boundary. The bowler was Taurai Muzarabani. The 15th over yielded 10 runs.

With Pandey getting a boundary off Neville Madziva's next over that produced 12 runs -- India's victory bid was back on track with 38 runs coming off three overs.

Just when it looked that Pandey will take India home, he mistimed a lofted shot off Muzarabani's bowling to get out for 48 off 35 balls having hit a four and three sixes.

This brought down the equation to 28 off 16 balls. However Axar Patel hit one of the biggest sixes of the match over long-on to bring the equation down to 21 from 12 balls.

A four and six off penultimate over saw Axar bring down the equation to 8 from the last over which the Indians failed to get. India will play second match at the same venue on Monday.

At the start of the chase, hero of India's ODI series win, KL Rahul (0) was played on first ball trying to guide Donald Tiripano delivery to third man.

Both hit a few crisp boundaries but the acceleration in scoring rate wasn't as much as they would have expected.

Rayudu was bowled trying to give Chamu Chibhabha the charge but the pint-sized Mandeep played some elegant drives in the off-side region mainly through covers.

He was finally holed out at long-off when Tinotenda Mutombodzi took a diving catch off Chibhabha. Mandeep played 27 balls.

India were in a spot at 60 for three when Kedar Jadhav (19) and Pandey came together.

Pandey launched in leg-spinner Graeme Cremer to hit him straight over sight-screen while Jadhav hit Sikander Raza over long-on.

Just when it looked that they were having some kind of partnership, having added 30 runs, Jadhav played an indiscreet shot off seamer Muzarbani to lose the off-stump in the process. India were 90 for four when Dhoni came into bat. But the skipper, who is a shadow of his former self could not take the team home.

The worst part was that it was the first time that the batting was put to test and the IPL regulars wilted under pressure.

Interestingly, India have now lost the last two T20 Internationals they have played against Zimbabwe. It will be after a long time that India will be playing to save a series against Zimbabwe. 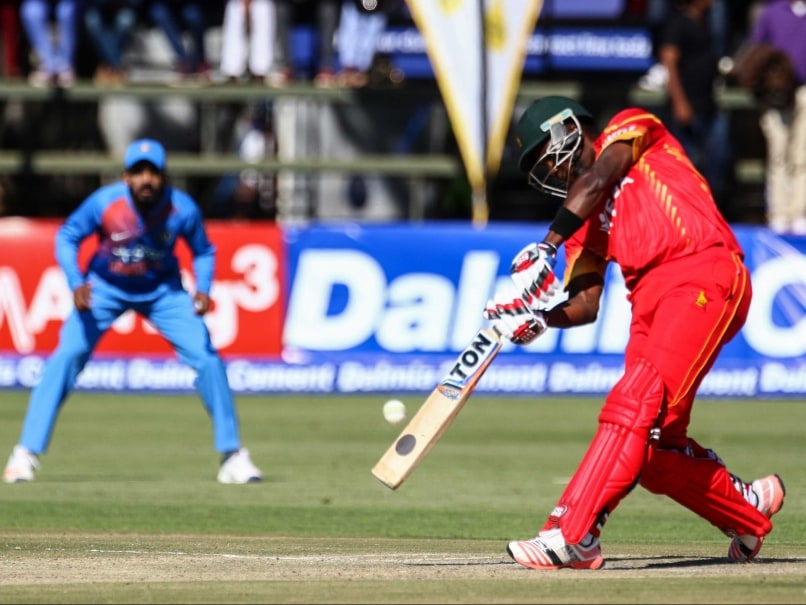 Elton Chigumbura en route to his unbeaten fifty against India.

Earlier, India's rookie bowlers were taken to cleaners by the seasoned Elton Chigumbura, who smashed an unbeaten 55 to help Zimbabwe reach a competitive 170 for six in 20 overs.

Chigumbura hit seven lusty sixes along with a boundary to give his team something to fight for with his 26-ball knock.

Bumrah once again proved to be the best performer as he bowled maximum number of dot balls -- 13.

Leg-spinner Chahal got a bit of stick during his final over, so did left-arm slow medium pacer Unadkat.

Hamilton Masakadza (25, 15 balls), for one, smashed three sixes - one off seamer Dhawan and two off medium fast bowler Unadkat to get the team off the blocks quickly.

Masakadza along with Chamu Chibhabha (20, 19 balls) added 33 runs for the opening stand in only 4.2 overs before Bumrah removed him. Masakadza tried to play a lap-scoop off a slower delivery only to be caught by Mahendra Singh Dhoni behind the stumps.

Richmond Mutumbami (0 retired hurt) got hit while playing the third delivery off Unadkat which kicked off from length.

Himachal Pradesh's Rishi, who got a second chance after a disastrous tour of Australia, was hit for six boundaries and a six in his four overs. But his consolation was Chibhabha's wicket.

Sikander Raza (20, 18 balls) and Malcolm Waller (30 off 21 balls) added 47 runs for the third wicket but Chahal then bowled a googly to breach through Waller's defence.

The 97 for 3 soon became 98 for 4 after Raza was run-out after a mix-up with Chris Mutombodzi.

Once Mutombodzi was gone, Chigumbura came and blew away the rookie Indian bowlers carting the pacers and spinners alike in the big arc between cover and mid-wicket.

Comments
Topics mentioned in this article
India Cricket Team Zimbabwe Cricket Team Zimbabwe vs India 2016 Cricket Elton Chigumbura MS Dhoni Graeme Cremer Hamilton Masakadza
Get the latest updates on SA vs IND 2021-22, check out the Schedule and Live Score . Like us on Facebook or follow us on Twitter for more sports updates. You can also download the NDTV Cricket app for Android or iOS.