Makhaya Ntini, South Africa's former fast bowler and interim Zimbabwe coach, has said that he wanted to hang himself after the team suffered yet another humiliating loss to India in Harare 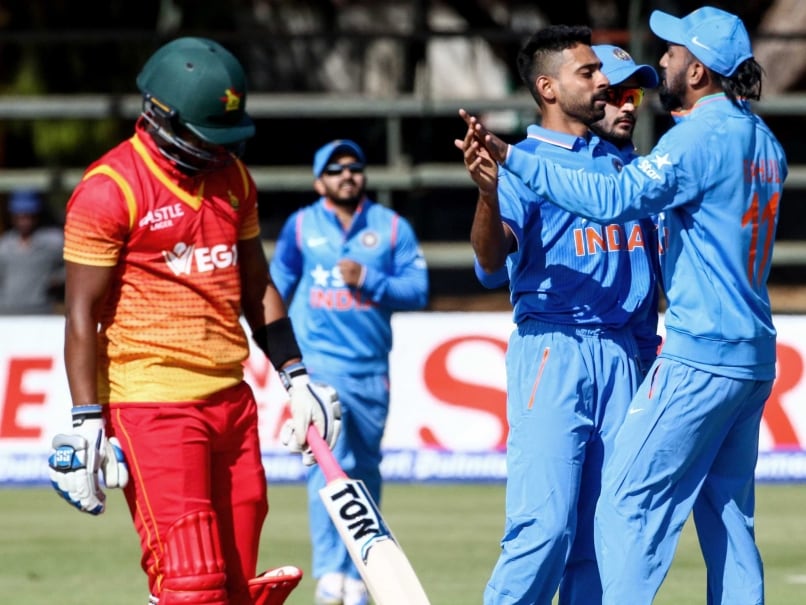 Zimbabwe suffered their 11th consecutive ODI loss against India as they lost the second ODI in Harare by nine wickets.© AFP

A second-string India side humbled a full-strength Zimbabwe by eight wickets for the second time in three days to take an unassailable 2-0 lead in the one-day international series at Harare Sports Club on Monday.

The result has left Zimbabwe interim coach, Makhaya Ntini fuming and has prompted some fans to vent out their disappointment.

"It's no good. We have experienced players with us who can easily read the game. We were in the perfect position."

Zimbabwe's cause was not helped by the fact that Sean Williams, who was drafted in as a replacement for the injured Craig Ervine, took a blow to the finger during the warm-ups and was unable to bat.

Zimbabwe's feeble performance led the few supporters in the ground to stage something of a protest against their players, as they held up banners and whistled during the early stages of India's chase.

One of the placards read: "We cannot support disaster, calamity and quagmire of epic proportions."

"I heard some of the words that came out and they're obviously not nice. We're representing our country and they're as disappointed as we are," Sibanda said afterwards.

"We want them to stand by us when things aren't going well so we can pull in the same direction, because otherwise we can't achieve anything."

Comments
Topics mentioned in this article
India Cricket Team Zimbabwe Cricket Team Vusi Sibanda Makhaya Ntini MS Dhoni Ambati Rayudu Zimbabwe vs India 2016 Cricket
Get the latest updates on IPL Auction 2023 and check out  IPL 2023 and Live Cricket Score. Like us on Facebook or follow us on Twitter for more sports updates. You can also download the NDTV Cricket app for Android or iOS.