As the momentum grows for the World Cup 2019 semi-final between India and New Zealand, stars from other sports added their support for Team India. 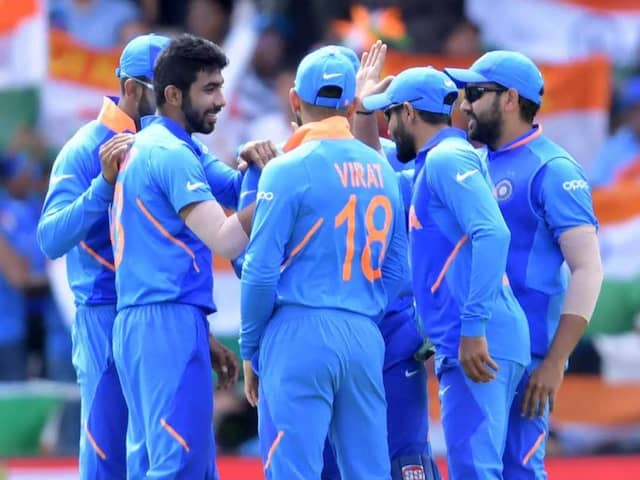 Badminton star Saina Nehwal was among the first athletes from India to wish the Indian cricket team for the World Cup 2019 semi-final, to be played at Old Trafford in Manchester in a few hours. India will be meeting New Zealand in what is anticipated to be a high-powered contest with Virat Kohli's team seeking to become the fourth Indian team to enter the final of this premier cricket tournament. "I wish team India ... all the very best for the match today," Saina Nehwal tweeted.

I wish team India ... all the very best for the match today @cricketworldcup #indiavsNewzealand #SemiFinals

India, who are the second most successful team in World Cup history alongside the West Indies, will be eyeing to lift the coveted trophy for the third time.

India have lost only one game so far in World Cup 2019 -- against hosts England -- and finished at the top of the points table after the league stage and are just two steps away from becoming only the second team, after Australia, to lay their hands thrice on the coveted trophy.

New Zealand began their World Cup campaign on a high note and outshone teams including Sri Lanka, Bangladesh, Afghanistan, South Africa and the West Indies consecutively. New Zealand were enjoying the tag of unbeaten side, along with India, in the World Cup league stage matches before Pakistan broke their winning run with an emphatic six-wicket victory at Edgbaston.

Thereafter, New Zealand failed to win a single match in the league stage and suffered losses to Australia and England, leaving their chances of reaching the semi-finals bleak, considering Pakistan's solid comeback in World Cup 2019.

Old Trafford, Manchester World Cup 2019 India vs New Zealand, 1st Semi Final Saina Nehwal Cricket
Get the latest Cricket news, check out the India cricket schedule, Cricket live score . Like us on Facebook or follow us on Twitter for more sports updates. You can also download the NDTV Cricket app for Android or iOS.