Australia captain Aaron Finch has hailed Steve Smith as the world's best batsman, saying having him and David Warner back in the fold is a huge boost for the team. 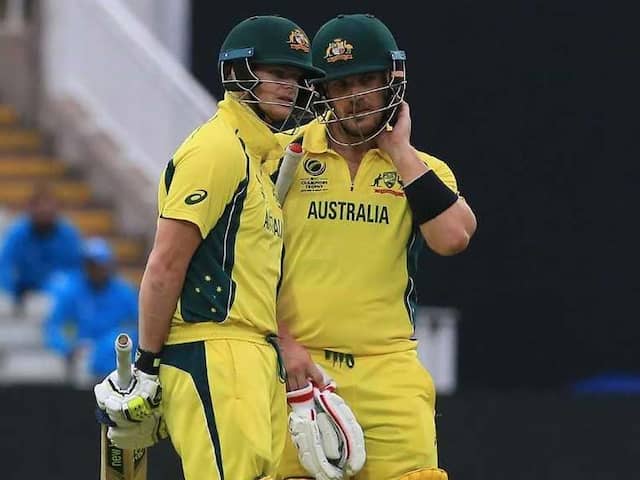 Aaron Finch believes Steve Smith is the world's best across all three formats of the game.© AFP

Australia will have to be at their best if they are to have any chance of beating one of the World Cup 2019 favourites India when the two teams clash at The Oval on Sunday. Australia have won both their matches so far with Steve Smith coming to the team's rescue in the game against the West Indies. India comprehensively beat South Africa to begin their World Cup 2019 campaign on a winning note. The India vs Australia match-up will once again see the resumption of the rivalry between Steve Smith and Virat Kohli. In Steve Smith's one-year absence from the sport, due to the ball-tampering scandal, Virat Kohli stamped his class to become the undisputed number one in both Tests and ODIs but Australia captain Aaron Finch believes Steve Smith is the "best batter in the world" over all three forms of the game.

Finch said the return of Steve Smith and David Warner after their year-long ball-tampering bans is a huge boost for the Australian team.

Smith and Warner played their first official international matches at the World Cup 2019 in England and Wales.

Smith made a gritty 73 in Australia's win over West Indies after Warner smashed an unbeaten 89 not out in his team's opening win against Afghanistan, meaning both are in good form as they prepare to face Virat Kohli's India on Sunday.

"Well, when you've got world-class players coming back into your side, it's unfortunate for the guys who have missed out and the guys that have played some really good one-day cricket in the past," Aaron Finch said at the Oval on Saturday.

"Steve is the best batter in the world in my opinion over all three forms of the game," he said.

"I think that when you have David who's so destructive at the top of the order, his record shows how destructive he is.

"To have them to come back, yes, it's great for the side and our batting line-up and for experience in World Cups and a great help for me as a leader, as well, in terms of tactics and stuff out on the field."

Smith, the former Australia captain, registered his 20th one-day-international fifty against an inspired West Indian pace attack in Nottingham to play a crucial part in his team's 15-run win over the two-time champions.

The Australians had a tough 2018 but peaked before the World Cup with an ODI series win in India and a 5-0 humbling of Pakistan in the United Arab Emirates.

Australia, without Smith and Warner, edged out India in their own backyard after being 2-0 down in a five-match ODI series in March and Finch takes that confidence into Sunday's game.

"I think winning the last three games is really important for us in India, to one, get some self-belief that we can beat this Indian side in their home conditions," said Finch.

Five-time champions Australia, one of the favourites to win the World Cup alongside India and hosts England, have their pacemen to thank for their two victories in the round-robin phase of the competition.

Australia's new ball pair of Mitchell Starc and Pat Cummins have taken 11 wickets between them.

Finch's team will face a tough challenge against an Indian side that boasts a potent pace battery led by the world's top-ranked ODI bowler, Jasprit Bumrah.

Finch rates Bumrah and the other Indian bowlers as "world-class" but said the result would hinge on who used the conditions better and on "early wickets".

David Warner World Cup 2019 India vs Australia, Match 14 Cricket
Get the latest Cricket news, check out the India cricket schedule, Cricket live score . Like us on Facebook or follow us on Twitter for more sports updates. You can also download the NDTV Cricket app for Android or iOS.