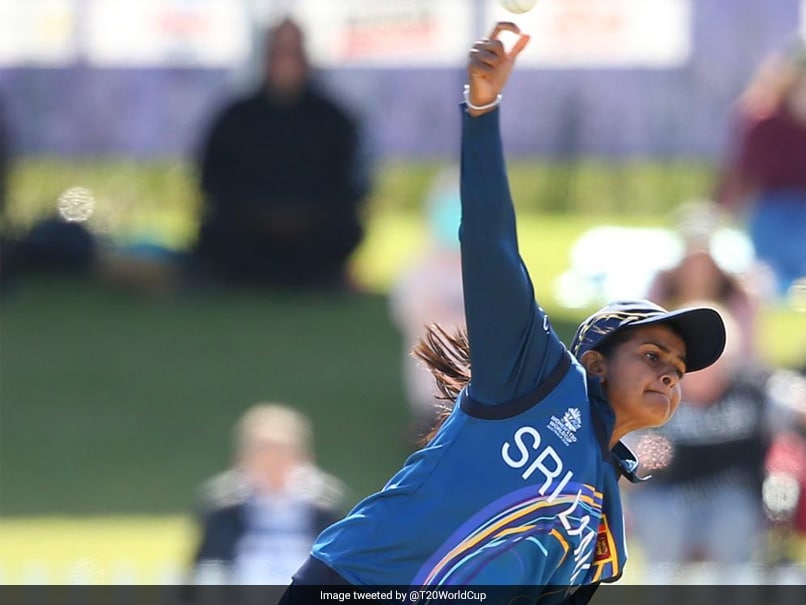 Shashikala Siriwardena bagged a tournament-best 4/16 in her farewell match.© Twitter

Sri Lanka ended their Women's T20 World Cup on a high Monday with a crushing victory over Bangladesh in a fitting farewell to retiring veteran Shashikala Siriwardena, who bagged a tournament-best 4/16. The clinical nine-wicket win was their first of the event to leave them fourth in Group A, with Bangladesh crashing to defeat in all four games to prop up the table. India, England and South Africa have all qualified for the semi-finals with a crunch match between defending champions Australia and arch-rivals New Zealand later Monday determining the last berth.

While Pakistan and Bangladesh couldn't reach the knockouts, there was plenty riding on the outcome with the winner avoiding having to qualify for the 2022 tournament in South Africa by virtue of finishing as one of the top eight sides.

"Really happy with the performance. This game was always going to be tough for us, but our players, particularly the bowlers, did very well," said Sri Lanka captain Chamari Atapattu, who paid tribute to Siriwardena.

"She's a legend in Sri Lanka and she's the big sister of the Sri Lankan team. I will miss her a lot, but she retired like a champion."

Bangladesh won the toss and opted to bat on a cool day at Junction Oval in Melbourne, but again failed to fire.

None of their players has managed a half-century during the tournament, with Nigar Sultana Joty once more the standout, smacking 39 in their 91 for eight with no one else managing more than 13.

Allrounder Siriwardena grabbed 4/16 in her last match after a 17-year international career.

"I'm feeling so happy because I could contribute to my team in my last match, so really proud," said the 35-year-old. "It was emotional but you cannot keep emotions on the field."

Sri Lanka made a good start with Atapattu crunching 30 before being stumped.

Fellow opener Hasini Perera (39 not out) and Anushka Sanjeewani (16 not out) kept the momentum going to cruise home against a lacklustre bowling attack with 27 balls remaining.

Sri Lanka Women Cricket Sri Lanka Women vs Bangladesh Women, Match 17 Women's T20 World Cup
Get the latest updates on SA vs IND 2021-22, check out the Schedule and Live Score . Like us on Facebook or follow us on Twitter for more sports updates. You can also download the NDTV Cricket app for Android or iOS.