With India taking on England in the first Women's T20 World Cup semi-final at Sydney on Thursday, the weather threatens to interrupt proceedings. 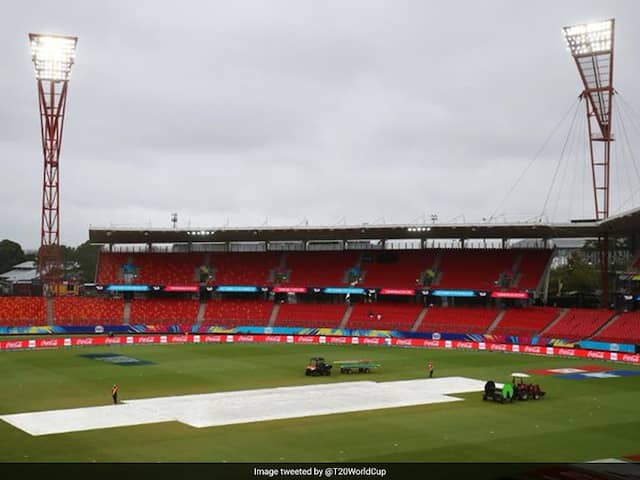 A washout will take India into the final as they finished on top in the group stage.© Twitter

The Indian women's cricket team won all four matches of the group stage to finish on the top of the table before the knockout stage of the Women's T20 World Cup in Australia. While a rain threat looms large over India's semi-final match against England, to be played at the iconic SCG on Thursday, a washout will take India into the final as they finished on top in the group stage. According to weather forecast, there are 70 percent chances of rain in Sydney on Thursday.

In the second semi-final, defending champions Australia will take on South Africa at the same venue. After the International Cricket Council (ICC) turned down Cricket Australia's request to have a reserve day for the semifinals, it is certain that India will face South Africa in the final if the matches abandon on Thursday.

According to ICC rule book, a minimum of 10-over-a-side match is a must in all ICC tournaments.

All four semi-finalists will have to make big decisions at toss, keeping in mind the playing conditions, selections and Duckworth-Lewis-Stern factors.

"We've asked the question (on a reserve day)," Cricket Australia chief Kevin Roberts was quoted as saying on the radio station 'SEN'.

"It's not part of the playing conditions and we respect that. We're optimistic based on the drainage at the SCG combined with a weather forecast that is not perfect but not terrible either," he added.

On Tuesday, the matches between South Africa and the West Indies, and Pakistan and Thailand were abandoned due to rain.

England Cricket Team Women's T20 World Cup Cricket India Women vs England Women, 1st Semi-Final
Get the latest Cricket news, check out the India cricket schedule, Cricket live score . Like us on Facebook or follow us on Twitter for more sports updates. You can also download the NDTV Cricket app for Android or iOS.