Rain ruined India's chances of squaring the series against the West Indies in Florida. Indian bowlers, after leaking away 245 runs in the first match, bounced back in style and restricted Carlos Brathwaite-led Windies to 143 before rain played spoilsport. Catch all the highlights of India vs West Indies here

India bowled superbly to dismiss West Indies for 143. But two overs into the chase, a passing shower was enough to make sure the match had to be called off. Catch all the highlights of India vs West Indies here. (SCORECARD | INDIA vs WEST INDIES NEWS)

Carlos Brathwaite (West Indies skipper):Â"Indian bowlers executed their plans really well. We tried our best, but didn't get the score we wanted. But we always had full confidence in defending our total. For me as a young leader to know and lead the players is an exciting experience. We want to remain champions and entertain the West Indies crowd."

MS Dhoni (India's skipper):Â "If you compare the two games, you'd wonder if we were playing on the same wicket. I'm not saying we would have definitely won, but a good batting effort would have seen us through after 140 odd. We took a bit of risk bringing Mishra in for Stuart Binny, and it paid off well. Mishra bowled exceedingly well and he was well supported by Ashwin." 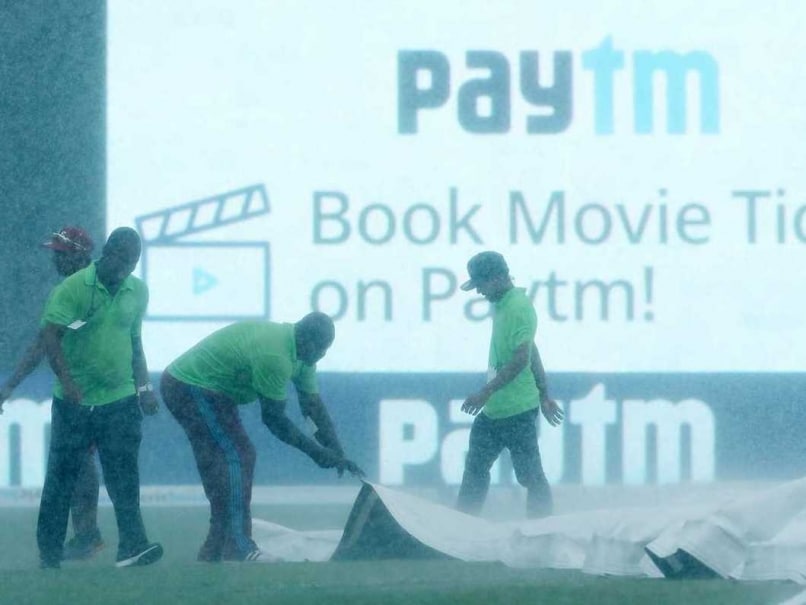 Rain ruined India's chances of levelling the series in Florida.

23:15 hrs IST: The umpires are concerned with some wet patches around the 30-yard circle.Â

22:24 hrs IST:Â Rain has eased a bit in Florida. But it's highly unlikely that we'll have a start soon.Â

22:04 hrs IST: And it's raining in Florida. DLS par score after five overs is 27/0. Overs will start getting reduced after 15 minutes from now.Â

Who says it never rains in the sunshine State? It's pouring here in south Florida! IND 15-0 chasing WI 143 #WIvIND pic.twitter.com/Kun7wpKcQg

21:58 hrs IST: SIX! Short delivery from Russell and Rohit launches it over long leg for a maximum. India are 8/0 after first over.Â

21:55 hrs IST: Welcome all! Rohit and Rahane make their way out in the middle. Russell to bowl the first over.Â

21:34 hrs IST: And that's it. Shami removes Badree. Windies all out for 143. Excellent bowling from India. Just the kind of performance MS Dhoni would have wanted. We'll be back in 20 minutes time.Â R Ashwin finished with impressive figures of 2/11 in three overs.

21:06 hrs IST: WICKET! Bumrah is on fire! Gets rid of Andre Fletcher with a brilliant yorker. Windies in all sorts of trouble now.Â

20:44 hrs IST: FOUR! Flighted delivery from Mishra and Simmons lofts it over covers for his first boundary. Seven runs off Mishra's second. Windies are 62/2 after 8 overs.Â

20:41 hrs IST: Ravindra Jadeja bowls the most economical over of the series so far. Just a run off it. Windies are 55/2 after 7 overs.Â

20:32 hrs IST: FOUR! Overpitched delivery from Bhuvi, Charles shuffles a bit and lofts it over mid-on for his 4th boundary.Â

India has gone with only 5 batsmen...the lack of an all-rounder having a telling affect on the strategy. #WIvInd

20:28 hrs IST: SIX! Back of a length delivery from Shami, Charles uses the pace of the ball and flicks it over deep backward square leg.Â

20:21 hrs IST: SIX! Touch short from Bhuvi and Charles pulls it behind square for a maximum.Â

20:18 hrs IST:Â FOUR! Shortish delivery from Shami, Lewis swivels back and pulls it over the fielder at short fine-leg. Windies are 16/0 after 2 overs.Â

20:15 hrs IST: Shami from the other end. He gave away 17 runs in his first over yesterday.Â

20:13 hrs IST: FOUR! Too short from Bhuvi and Charles slaps it towards deep square leg for his first boundary. Windies are 7/0 after first over.Â

20:12 hrs IST: Charles looking to attack from the first ball.Â

20:10 hrs IST: Time for live action. Charles and Lewis make their way out in the middle. Bhuvi to start the proceedings for India.Â

19:52 hrs IST: Meanwhile, a brilliant hundred from stand-in skipper Faf du Plessis has propelled South Africa to 481/8 in the second Test against New Zealand at Centurion.Â

19:20 hrs IST: Meanwhile, a gritty hundred from Dinesh Chandimal has propelled Sri Lanka to 226 against Australia in the third ODI at Dambulla. Catch live score hereÂ

18:46 hrs IST: Yesterday's match was the 6th T20I between India-Windies. Do you know when was the first time both teams played against each other in the same format? Find out hereÂ

18:40 hrs IST: A warm welcome to our live coverage of the second and the final T20I of the two-match series between India-West Indies.Â 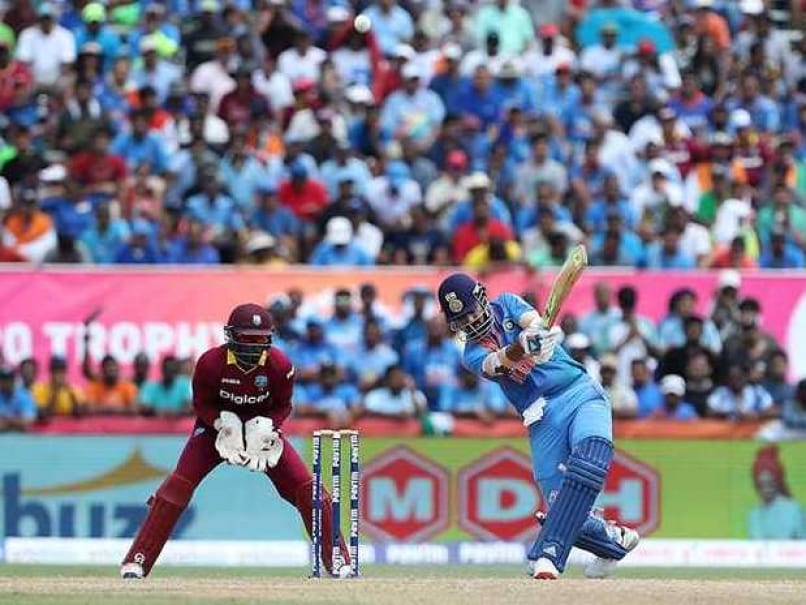 KL Rahul's century went in vain in the first T20I at Florida between India vs West Indies.Â

The bowlers took the pounding of a lifetime with Stuart Binny being smashed for five consecutive sixes by Lewis, however, it was a bowler by the name of Dwayne Bravo, who won the match for his team.

Bravo wielded his magic with the ball, outfoxing Dhoni and Rahul by defending seven runs in the last over. India needed just two off the final ball but Bravo's slower delivery had the Indian captain reaching out for the ball -- all he managed to do was scoop an easy catch to Marlon Samuels at short third man and this time the Windies middle-order bat held on to the catch.

The West Indies might have scored 245/6 in the first innings but the Indian bowlers did well to restrict the opposition when at a time it seemed 300-run mark was under threat.

India bowled superb wide yorkers to concede just 40 in the last four and 64 in the last seven.

Binny could be casualty in the Indian camp for the second T20 and West Indies could have a problem of plenty for the opening slot if Chris Gayle returns to the fold.