MS Dhoni Gives Thumbs up to Cricket in US, Wants More Matches

The short T2O series between India and the West Indies ended with abandonment of the second match, giving the Caribbeans a 1-0 series win 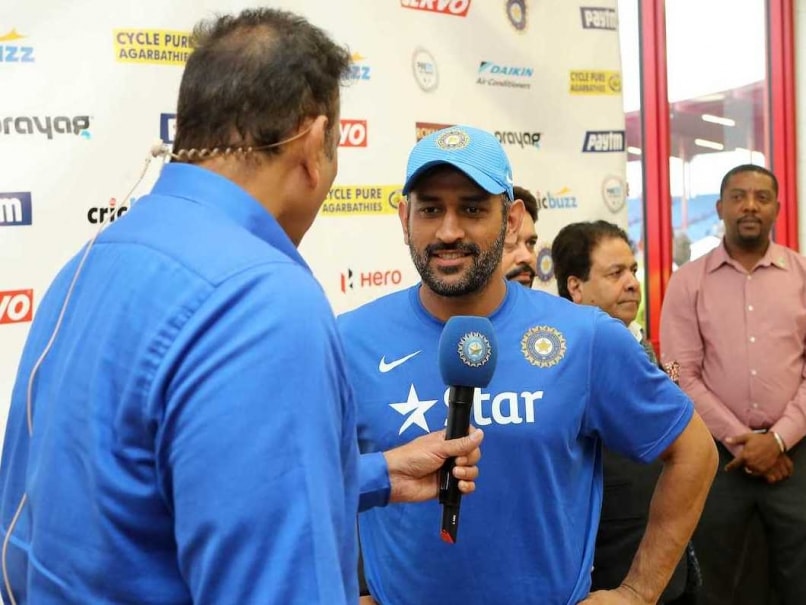 MS Dhoni of India said he was pleased with his bowlers' performance in the match.© BCCI

The world cricket can afford to have more Twenty20 matches in the Unites States of America despite a crammed international schedule since it is a good venue for the game, India captain Mahendra Singh Dhoni suggested on Sunday.

The short T2O series between India and the West Indies ended with abandonment of the second match, giving the Caribbean a 1-0 series win.

Asked to comment on cricket's debut in the US, Dhoni said they would like to come back and play here more.

"This is one place where we can come back and play lot of cricket maybe a triangular or a four-nation ODI or T20 series. It will be better to play T20s to start off. The venue looks good. It will also give us time to spend more time in the US, we played back to back games. It will easily fit into our schedule because at this time of year we don't play many games at home," Dhoni said at the post match presentation ceremony.

"Yes it will be a bit cramped (sic) for international cricketers but I don't think the modern cricketers mind it. Also the money making ability of this place, the spectators will come, the time suits broadcasters. It's a win win situation for every one. It's a good venue to continue cricket," Dhoni added.

Talking about the match, Dhoni was pleased with his bowlers' performance, especially leg-spinner Amit Mishra. "I felt bowlers executed plan very well. 150 was a good score to achieve. I'm not saying we would have definitely won, but a good batting effort would have seen us through. If you compare the two games, you'd wonder if we were playing on the same wicket.

"We did take a bit of risk with Mishra coming in replacing Binny because we were one batsman short. We realise on a wicket like this, we needed an extra bowler and a leg-spinner can give you wickets. It paid off well. Mishra bowled exceedingly well, he was able to put pressure and he was well supported by Ashwin. It's fantastic effort by both of them."

Winning captain Carlos Brathwaite said even as they did not post a bog total, they were confident of winning. "It (wicket) was a tad slower. Their bowlers bowled well. Kudos to them. Indian bowlers executed their plans really well. We tried our best, but didn't get the score we wanted. But we always had full confidence in defending our total," the strapping West Indian said.

"For me as a young leader to know and lead the players is an exciting experience. We want to remain champions and entertain the West Indies crowd."

Asked about cricket in US, Brathwaite said,"Most definitely we would love to come here back again. Fantastic field, fantastic wicket. We had discussion if we can come here again."

Comments
Topics mentioned in this article
MS Dhoni Carlos Brathwaite West Indies vs India 2016 India Cricket Team West Indies Cricket Team Cricket
Get the latest updates on IPL Auction 2023 and check out  IPL 2023 and Live Cricket Score. Like us on Facebook or follow us on Twitter for more sports updates. You can also download the NDTV Cricket app for Android or iOS.