Anil Kumble, who was appointed as India's head coach for a period of one year, has begun his tenure in the West Indies, a place where he changed India's fortunes with some amazing performances Anil Kumble bowled a lionhearted spell with a bandaged jaw, sending down 14 overs and claiming the prized wicket of Brian Lara in 2002.© AFP

Anil Kumble is all set to usher a new era as the head coach of the Indian cricket team. India will play a four-Test series against West Indies in July-August. It is apt that Kumble, India's greatest match-winner, starts his coaching stint in the West Indies, a place where he excelled and turned India's fortunes around during his playing days.

If one has to look at the two defining moments for India at the start of the 21st century, both have been provided by Kumble and in the West Indies. One symbolised grit and the other changed the fortunes of the team and sowed the seeds of turning the corner overseas.

India started the five-match Test series by drawing in Guyana and winning a Test in the West Indies after 26 years with a win at Port-of-Spain, Trinidad. However, they came crashing down to earth with a heavy loss in Barbados. In Antigua, a featherbed of a wicket resulted in high scores and very little joy for the bowlers. However, one moment changed the complexion of this drab match.

Kumble suffered a fractured jaw while batting with wicketkeeper Ajay Ratra and he was ruled out of the remainder of the tour as he had to undergo surgery. But, to everyone's surprise, Kumble emerged from the pavilion with a bandaged jaw and proceeded to create one of the most iconic images in the sport.

Bowling 14 consecutive overs, Kumble kept the West Indies batsmen under pressure and sent back Brian Lara LBW for 4. His final figures read 14-5-29-1 and before leaving, Kumble said, "At least I can go home with the thought that I tried my best."

Kumble's presence was sorely missed in Jamaica where India lost the Test and the series 2-1.

If there was one image that symbolised Sourav Ganguly's gritty Indian team overseas, it was provided by Kumble.

In the early 90's, India were "Tigers at Home, Lambs Abroad". Under Ganguly's captaincy at the start of the century, India slowly changed that perception. They had drawn a series in England and Australia while they defeated Pakistan at their own den in both ODIs and Tests for the first time.

However, the fans still yearned for a series victory away from the sub-continent. They finally got the chance to witness history and it was Kumble who provided them a historic moment.

After three hard-fought draws against West Indies in the 2006 series, it was winner takes it all in the fourth and final Test at Kingston, Jamaica. On a tough pitch, Rahul Dravid's masterly 81 helped India to 200 and Harbhajan Singh picked up 5/13 to bowl West Indies out for 103. Once again Dravid stood tall with a defiant 68 as India managed 171 in the second innings, giving West Indies a winning target of 269.

During the course of Dravid's brilliance, Kumble had given him support with the bat and he carried on the good work with the ball. He ripped out West Indies' lower-middle order to finish with 6/78 as India won by 49 runs to clinch a series in the West Indies for the first time in 35 years. It was their first series win against a team outside the sub-continent, excluding Zimbabwe, after 20 years. 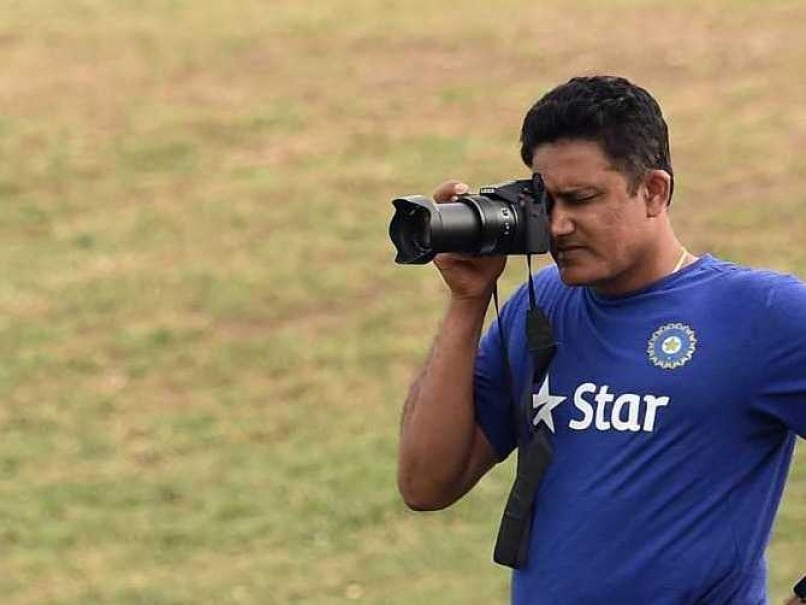 Anil Kumble is also a passionate photographer, and promised his fans that he would capture India's winning moments in the Caribbean.

There is no denying that Kumble's performances in the West Indies changed Indian cricket.

After 10 years, 'Jumbo' has taken charge of an Indian team that looks fairly settled under the captaincy of Virat Kohli. Now that the storm over his appointment has passed, it is time for India to build momentum ahead of a packed 2016-17 season that will see them play 17 Tests 13 of them at home.

For Kumble, it all begins in the West Indies.

Comments
Topics mentioned in this article
Anil Kumble Sourav Ganguly Rahul Dravid Virat Kohli India Cricket Team West Indies Cricket Team Cricket West Indies vs India 2016
Get the latest updates on India vs England Series, India vs England , live score and IPL 2021 Auction . Like us on Facebook or follow us on Twitter for more sports updates. You can also download the NDTV Cricket app for Android or iOS.