"Olympics Should Not Be Cancelled, That's All I Am Thinking": Weightlifter Mirabai Chanu

Mirabai Chanu has only one prayer on her lips that the Tokyo Olympics goes as per schedule despite COVID-19 pandemic otherwise all her efforts of winning an Olympic medal will go down the drain. 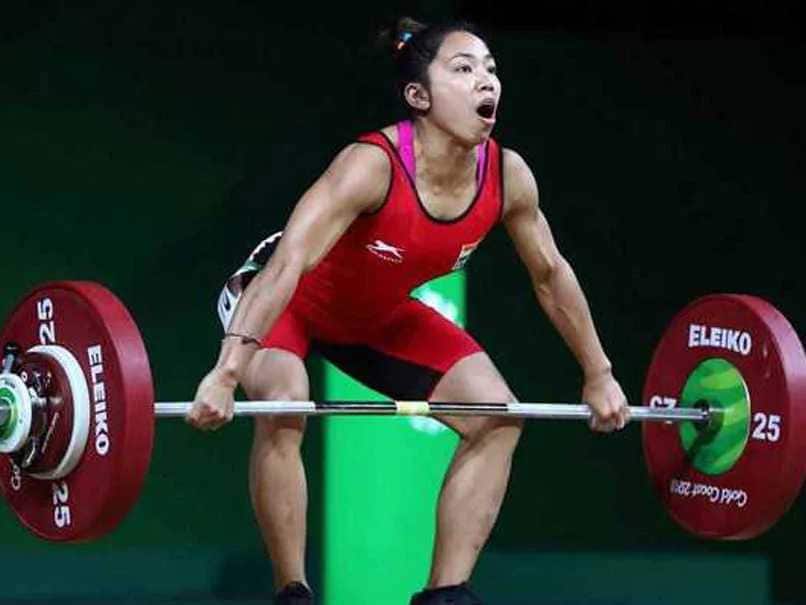 A wary Mirabai Chanu has only one prayer on her lips that the Tokyo Olympics goes as per schedule despite COVID-19 pandemic otherwise all her efforts of winning an Olympic medal will go down the drain. For the last four years, Mirabai has laboured for a successful Olympic outing but all she can think right now is about the fate of the July 24 to August 9 Tokyo Games, which could be postponed due to COVID-19 outbreak. The number of infected cases in India has also risen to 324 cases while four people have died. The global death toll is above 13,000 with Italy being the most affected country.

"If the Olympics doesn't happen all our efforts for the last four years will all go to waste. I don't want it to cancel, I am praying to god every day. I just wanted a get an Olympic medal for myself," Mirabai told PTI.

Mirabai's maiden Olympic campaign had ended in disappointment as she failed to lift the weight in any of her three attempts in the clean & jerk section.

The coronavirus outbreak has infected over 300,000 people globally and killed more than 13,000 deaths. The pandemic has caused the sporting world to come to a standstill with everything in the schedule being cancelled.

Calls for postponing the Tokyo Games till the virus is contained is also increasing with several athletes lashing out at the International Olympic Committee's (IOC) advice to continue training at a time when governments across the globe are calling for social-distancing.

However, the two-time Commonwealth Games gold-medalist, who has already sealed an Olympic quota, wants the quadrennial event to go as planned.

"The pressure (of winning a medal) has changed to the Olympics should not be cancelled. That's all I'm thinking. The rest, training, etc I am not tensed about right now.

"Even if it's postponed there will be a lot of problem because a lot can change in a short period of time for us," she added.

The Asian Weightlifting Championships which had been relocated from Kazakhstan to Tashkent in neighbouring Uzbekistan was the last tournament before the Olympics for Mirabai.

She had missed out on a bronze medal by a whisker here last year. The Manipuri, who has consistently bettered her personal best, had aimed to improve her total effort of 203kg (88kg+115kg).

"I was preparing for Asian very well. There was a lot of uncertainty whether it will happen or not. I have already qualified for the Olympics but in the Asian Championship we would have got a clear picture," she said.

"I wanted to improve my effort here so that I go to the Olympics high on confidence. That was the target. If the Asian Championship had taken place it would have been a good platform for me to better my performance."

Last week, sports minister Kiren Rijiju had announced that all national camps, except for those where athletes are preparing for Tokyo Olympics, were postponed and academic training at the National Centre of Excellence and Sports Authority of India Centres will also stand suspended. The directive has led many to vacate the Patiala campus of the National Institute of Sports, where the weightlifters train.

"The institute has also become quite empty as only the athletes training for the Olympics are left. Only the core group of weightlifting is training. We were scared of going out also," she said.

"The number of cases is growing in India so that's scary.

"Everyone has become very particular at training, so they keep on washing hands when we are practising. We keep reading the news for information as to how to protect ourselves.

Comments
Topics mentioned in this article
Weightlifting
Get the latest updates on ICC T20 Worldcup 2022, check out the Schedule and Live Score. Like us on Facebook or follow us on Twitter for more sports updates. You can also download the NDTV Cricket app for Android or iOS.