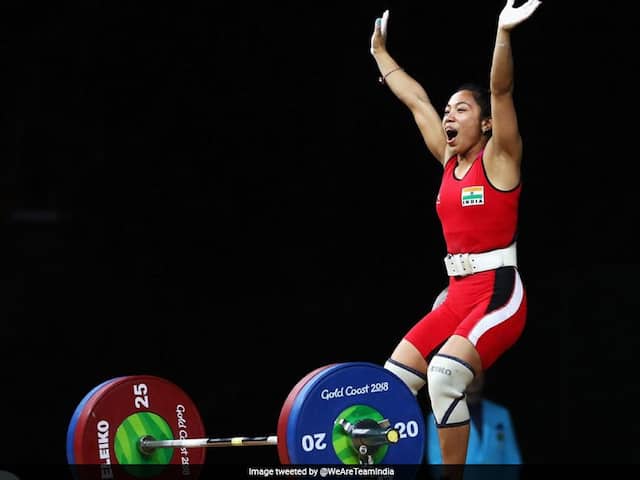 Former world champion weightlifter Saikhom Mirabai Chanu notched up the women's 49kg category gold medal to open India's account at the 6th Qatar International Cup on Friday. The 25-year-old Chanu won gold with an effort of 194kg in the Olympic qualifying silver level event, the points from which will come in handy when the final rankings for 2020 Tokyo Olympics cut are done. To qualify for Tokyo, a weightlifter must compete in at least one event in each of the three periods of six months (spread over November 2018 to April 2020), at least six events overall and in at least one gold and another silver level event.

In the men's 67kg category, India's Jeremy Lalrinnunga won the silver medal with a total lift of 306kg (140kg in snatch and 166kg in clean and jerk).

Chanu's performance on Friday was, however, way below her personal best of 201kg which she lifted during this year's World Championships in Thailand.

The 2018 Commonwealth Games gold-medallist Indian managed to register only one clean lift in both the snatch and clean and jerk categories.

She manged to lift 83kg in her second attempt in snatch event but then failed to clear 87kg in her final try.

In the clean and jerk section, Chanu lifted 111kg in her first attempt but was unable to heave 115kg and 116kg in her final two attempts.

Earlier this year at the World championship, Chanu had breached the much anticipated 200kg mark by lifting her personal best in all three section.

China's Jiang Huihua (212kg) had won the gold. Chanu, who had won 48kg gold at the 2017 edition in Anaheim, USA with an overall effort of 194kgs, returned to action in February following a lower-back injury.

She had missed the World Championships and Asian Games in 2018 owing to a back injury.

The Manipuri had also clinched the gold medal in 49kg at the EGAT Cup, which was the first of the six Olympic qualifying events for her.