Sam Fanning admitted to the offence and accepted the sanction proposed by ICC U-19 World Cup match referee Graeme Labrooy. 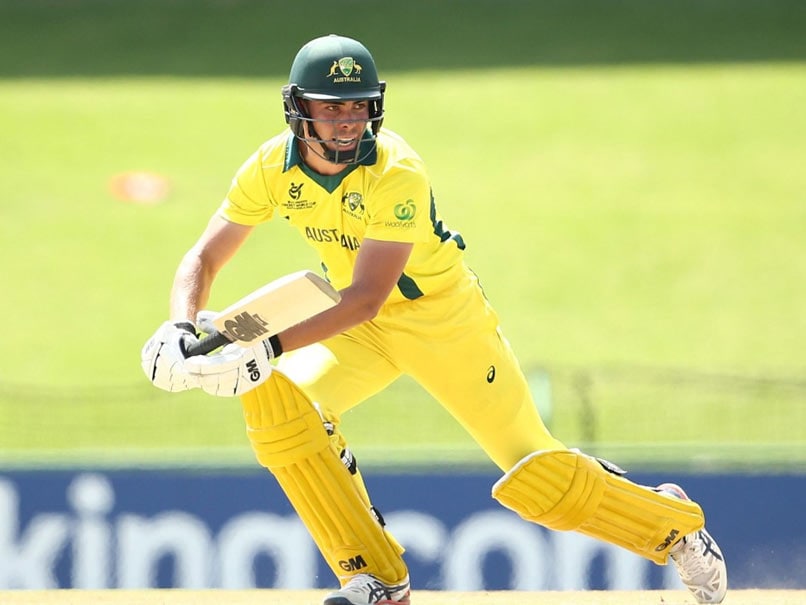 U-19 World Cup: Sam Fanning scored 75 in a losing cause in the quarter-final against India.© ICC

Australia's Sam Fanning has been found guilty of a Level 1 breach of the ICC Code of Conduct for Players and Player Support Personnel and has received two demerit points, for an incident during the ICC U19 World Cup Super League quarter-final match against India as per an ICC release. The Australia batsman was found to have violated Article 2.12 of the code, which relates to "inappropriate physical contact with another player during an international match". Fanning on the first ball of the 31st over stuck his elbow out which made contact with the bowler while running which is deemed as inappropriate contact with another player.

After the match, Fanning admitted to the offence and accepted the sanction proposed by ICC U-19 World Cup match referee Graeme Labrooy as such, there was no need for a formal hearing.

Level 1 breaches for this event carry a penalty of an official reprimand, and a penalty of one or two demerit points.

Australia U19 Sam Fanning Cricket
Get the latest updates on Olympics 2020, Olympics 2020 Medal Tally, Live Cricket Score . Like us on Facebook or follow us on Twitter for more sports updates. You can also download the NDTV Cricket app for Android or iOS.