Watch: Marnus Labuschagne Involved In "One Of The Weirdest Dismissals We've Ever Seen" In 5th Ashes Test vs England

The Ashes, Australia vs England 5th Test: One of the top ranked batters Marnus Labuschagne did his best to embarrass himself as he fell in the "weirdest" of fashions on Day 1 of the 5th Test. 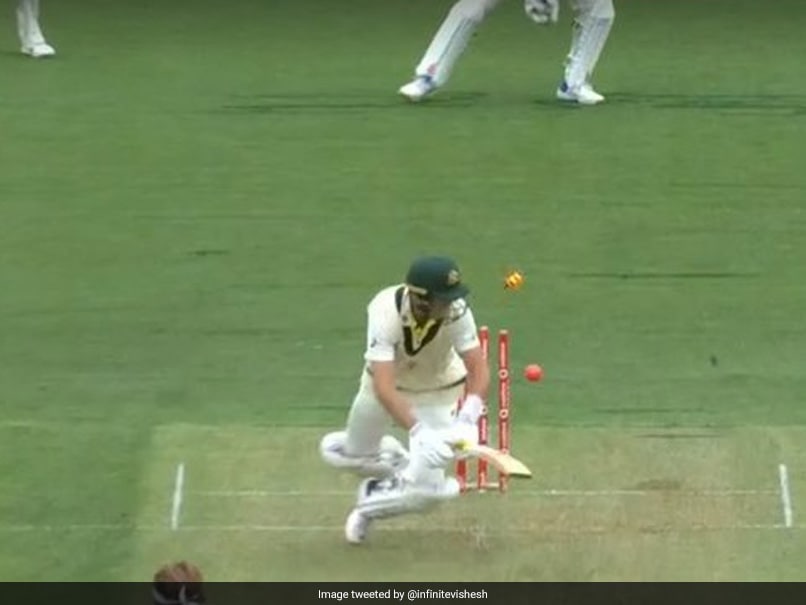 Ashes: Marnus Labuschagne was dismissed in a funny way on Day 1.© Twitter

Australia's Marnus Labuschagne does make cricketing headlines for his consistent performances, especially in Test match cricket. His mannerisms sometimes are similar to that of his teammate Steve Smith while leaving the balls outside off-stump, something which has become a trademark for both these batters. However, sometimes things don't go your way as was proved by Labuschagne on the opening day of the final Ashes Test match being played in Hobart. The right-hander batted superbly for his 44 runs but his dismissal just before lunch was a moment that he would surely like to forget.

After England jolted the home side with three quick wickets in the first session, Labuschagne and Travis Head forged a brilliant, attacking partnership to pull Australia out of trouble.

Labuschagne brought a balanced game into the middle, attacking and choosing the ball to defend wisely. However, in an attempt to gather runs off Stuart Broad, Marnus shifted towards the off-stump and gave an open view off the stumps to the bowler.

Broad, using his experience, bowled a fuller length targeting the middle and leg-stump line which the batter.

In trying to negotiate the ball, Labuschagne found himself in an awkward tangle and fell down with the ball going on to hit the stumps.

The official handle of the Australian cricket team shared the video with a caption that said: "One of the weirdest dismissals we've ever seen!."

One of the weirdest dismissals we've ever seen! #Ashes pic.twitter.com/8Qp5rKprn8

The entire English squad as well as the crowd erupted in laughter as Marnus picked himself off the ground and made the walk towards the pavilion, perhaps the longest he would have felt during his career.

Australia ended the first session at 85/4 after being put into bat first by England skipper Joe Root.