Extended hours will be played on the final day on Saturday as England press for their first win of the series, in which Australia hold an unbeatable 3-0 lead. 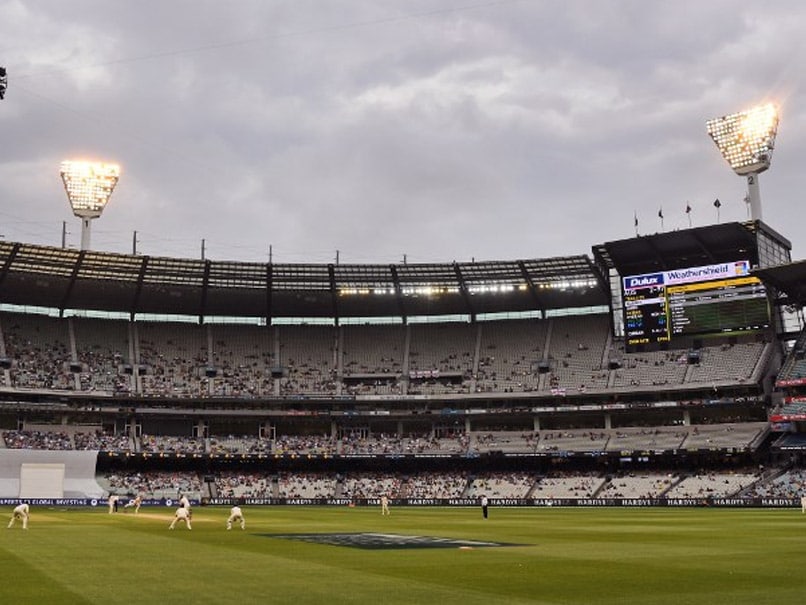 After persistent rain, Australia were 103 for two and trailing by 61 runs with a day remaining.© AFP

England rejected ball-tampering allegations as a "beat-up" on Friday as rain frustrated their push for their first victory of the Ashes series against Australia. England's Alastair Cook carried his bat for a world-record 244 not out before David Warner, unbeaten on 40, and captain Steve Smith, on 25, defied the visiting bowlers on a rain-truncated day. When the match umpires called off play at 5:20 pm (0620 GMT), after persistent rain, Australia were 103 for two and trailing by 61 runs with a day remaining.

Extended hours will be played on the final day on Saturday as England press for their first win of the series, in which Australia hold an unbeatable 3-0 lead.

"Any time there's a bit of rain and you're on top in the game it's a bit frustrating, but we've got an opportunity tomorrow to win and that's the attitude we've got to take," England coach Trevor Bayliss told reporters.

"We showed in the first innings that we can take a number of wickets reasonably quickly.

"So, 98 overs tomorrow, it's more than enough time if we play well to force a result."

"I'm not sure you are allowed to use your fingernail there," former Test spinner Shane Warne said on the Channel Nine TV coverage.

Fellow former Test star Michael Slater added: "That's interesting, you can't get your nail into the ball. That's a no-no."

'He was scratching the wrong side'

But Bayliss said the umpires had later told him that the allegations were trumped up.

"It's a beat-up. As soon as I saw the headlines I raced into the umpires and that was their words: 'Nothing to worry about, it was a beat-up, absolutely fine'," Bayliss said.

"The umpires spoke to both captains during this game about throwing the ball into rough areas.

"Every team in the world does that and obviously the umpires don't want it to go overboard and both teams have taken it on board.

"I did see the footage and if he (Anderson) was trying to scratch it then he was scratching the wrong (shiny) side for it to go reverse. I'm quite sure that wasn't the case."

The match referee Ranjan Madugalle said after the day's play there would be no report into the allegations.

Earlier, England were all out on their overnight total of 491 on the first ball of the day, when Anderson was caught by Cameron Bancroft off Pat Cummins for a duck.

It meant that Cook achieved the highest score of anyone carrying his bat -- the rare feat of batting throughout the innings -- in Test cricket, bettering New Zealand's Glenn Turner's 223 not out against the West Indies in Kingston in 1972.

The last Englishman to carry his bat in Tests was Mike Atherton, who scored 94 in New Zealand in 1997.

Cook set a number of records on Thursday's third day, when he surpassed the highest score by a visiting batsman in a Melbourne Test, bettering the 208 by West Indian great Viv Richards in 1984.

As Australia began their second innings 164 runs behind, England snared the wickets of Bancroft and Usman Khawaja to send jitters through the home side.

Bancroft chopped Chris Woakes on to his stumps on 27, while Khawaja was caught behind off Anderson for 11.

Comments
Topics mentioned in this article
England Cricket Team Australia Cricket Team Alastair Cook The Ashes 2017-18 Cricket
Get the latest updates on ICC T20 Worldcup 2022, check out the Schedule and Live Score. Like us on Facebook or follow us on Twitter for more sports updates. You can also download the NDTV Cricket app for Android or iOS.