Jake Ball has played four Tests for England but is yet to play an Ashes Test. 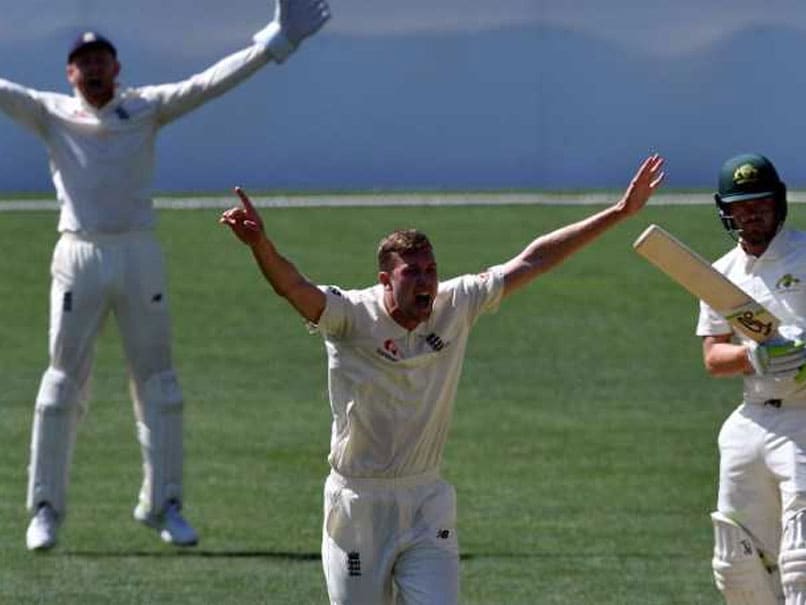 England on Wednesday announced their playing XI for the first Ashes Test against Australia, starting on Thursday at The Gabba in Brisbane. Jake Ball won the race for the fourth seamer spot, pipping fellow fast bowler Craig Overton in the process. Ball was included in the squad after being passed fit to play. The 26-year-old had sprained his ankle during England's second warm-up match in Adelaide couple of weeks ago. "It wasn't an easy decision," skipper Joe Root the official England website on Wednesday. "Craig's come into the squad, and everything that's been asked of him he's done brilliantly well, but Jake has bowled well when he's had his opportunities on the tour."

This will be Ball's fourth Test cap but his first participation in the Ashes.

Root said Ball's adaptability to the Australian conditions had won him the nod ahead of Overton.

"I think the way he goes about things on these surfaces could be really challenging for the Australians," Root said.

"He wouldn't be playing if not," Root added, when asked about Ball's fitness. "He's worked really hard and done everything he can to make sure he's in top shape for this first Test."

Ball has bowled only 15.4 overs so far on the tour, while Overton, who has not played a Test, featured in all three of England's tour games, taking eight wickets.

England will finalise their batting order on the morning of the Test, with reports suggesting that all-rounder Moeen Ali is likely to move above wicketkeeper Jonny Bairstow to bat at number six.

Comments
Topics mentioned in this article
England Cricket Team Australia Cricket Team Jake Ball Joe Root The Ashes 2017-18 Cricket
Get the latest updates on ICC Women's Cricket World Cup 2022 and IPL 2022, check out the Schedule , Live Score and IPL Points Table. Like us on Facebook or follow us on Twitter for more sports updates. You can also download the NDTV Cricket app for Android or iOS.