Australia lost a wicket-taking bowler when Ryan Harris retired before the Ashes while Brad Haddin's continued poor form left the tourists struggling in the Ashes series against England. 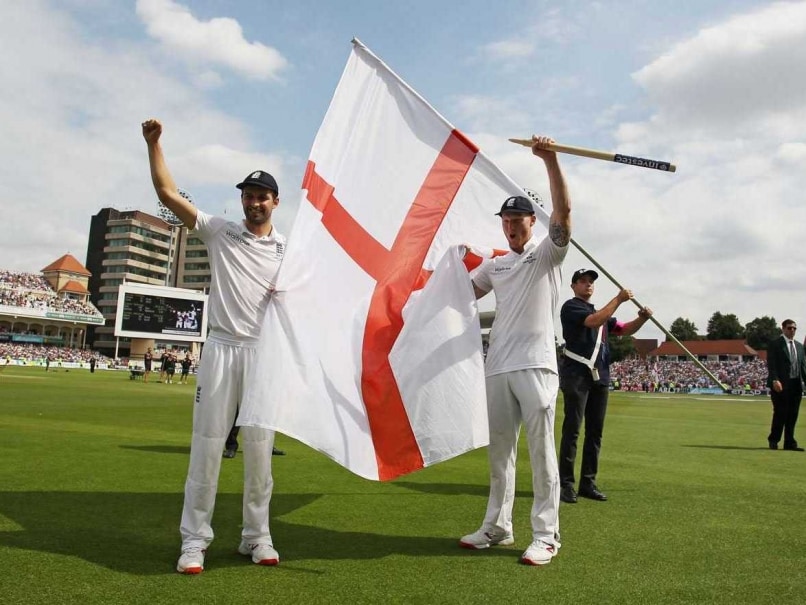 England regained the Ashes after an emphatic win at Trent Bridge© AFP
Nottingham:

There were plenty of memorable incidents on the way to England's innings and 78-run win over Australia in the fourth Test at Trent Bridge on Saturday which gave them an unbeatable 3-1 lead in the five-match Ashes series. (Clarke to Retire From International Cricket After Ashes)

Below AFP Sport highlights some of the key moments as England regained the Ashes with a match to spare after being whitewashed 5-0 in Australia in 2013/14. (Cook Surprised at Ashes Triumph | Vibrant England Find Perfect Blend)

Ryan Harris's decision to call time on his career on the eve of the first Test in Cardiff because of a longstanding knee problem robbed Australia of both a wicket-taking and remorselessly accurate fast bowler, with a fine record against England, both at home and abroad.

He might not have got through a whole series but could have turned the tide in a couple of Tests. Without him, Australia's pace attack lacked a steadying influence to support the likes of left-armers Mitchell Johnson and Mitchell Starc.

The first day in Cardiff saw England experience one of their all too common top-order collapses as they slumped to 43 for three.

They should have been 43 for four when Joe Root edged his second ball from Starc only for wicket-keeper Brad Haddin to drop a diving chance.

Instead of recording a duck, Root -- England's star batsman this series -- went on to make 134 and set up a 169-run at Sophia Gardens.

Before the series started there was much talk about whether England would instruct groundsmen to prepare slow pitches in a bid to neuter Australia's pace attack.

England managing director Andrew Strauss denied being the author of such a scheme but, whatever the truth of their intentions, the fact was the utterly flat surface and lack of lateral movement on offer at Lord's played into Australia's hands as they won the second Test by the huge margin of 405 runs.

It needed the intervention of new England coach Trevor Bayliss, the first Australian to hold the post, to point out that the series ought to be played on traditional England pitches, which are known for aiding seam movement.

Green-tinged, but not 'unplayable' surfaces were then the order of the day in the third Test at Edgbaston, where England won by eight wickets, and Trent Bridge.

Both captains said they would have batted first at Edgbaston but it was Australia captain Michael Clarke who did just that when the coin fell in his favour.

But England spearhead James Anderson then exploited the overcast conditions to take an Ashes-best six for 47 as Australia were dismissed for 136 in their first innings, a position from which they never recovered.

There were concerns as to how England would cope without the injured Anderson at Trent Bridge as they went in search of their first back-to-back Test wins of 2015.

But those douts were allayed when, with just the third ball of the match, Stuart Broad removed Australia anchorman Chris Rogers to take his 300th Test wicket.

It was the start of a stunning return of eight for 15 on paceman Broad's Nottinghamshire home ground which saw Australia shot out for 60 in just 111 balls -- the shortest-ever first innings of a Test match.

From then on, the only issue in doubt was England's margin of victory.

Comments
Topics mentioned in this article
Australia Cricket Team England Cricket Team Brad Haddin Ryan Harris Stuart Broad Trent Bridge, Nottingham The Ashes 2015 Cricket
Get the latest updates on IPL Auction 2023 and check out  IPL 2023 and Live Cricket Score. Like us on Facebook or follow us on Twitter for more sports updates. You can also download the NDTV Cricket app for Android or iOS.