Joe Root was the mainstay of the English middle-order during their 3-2 Ashes series win over Australia. The 24-year-old scored a couple of centuries during the series and briefly occupied the top spot in the ICC rankings -- an effort which earned him the man of the series award. 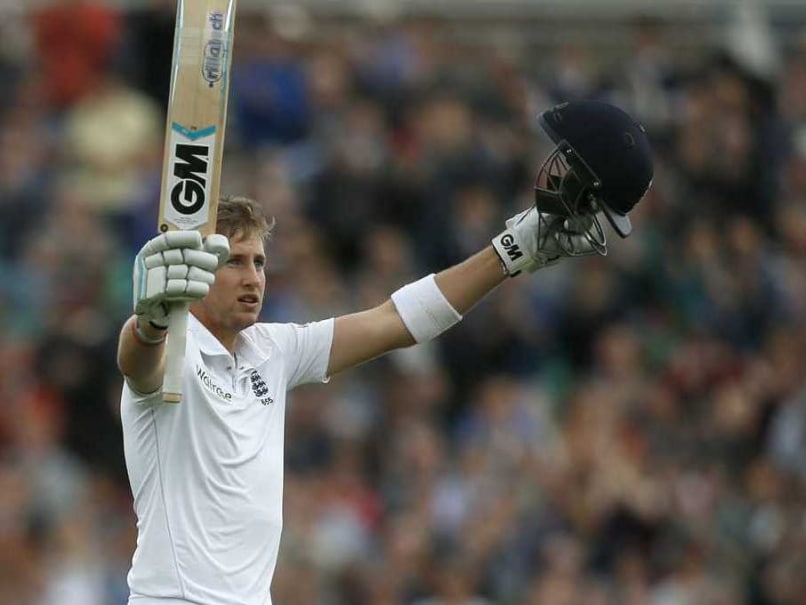 Joe Root has been rested for the T20I and ODI series against Australia after a stellar performance in the Ashes.© AP
London:

Root was the mainstay of the English middle-order during their 3-2 Ashes series win over Australia. The 24-year-old scored a couple of centuries during the series and briefly occupied the top spot in the ICC rankings -- an effort which earned him the man of the series award.(Cook Impressed by Root)

Gillespie, who has worked with Root in county cricket in his capacity as Yorkshire coach, asserted that Root epitomises the newly found positive approach in the England team.(Root Climbs to No.1)

"Joe Root epitomises this positive approach and is one of the reasons why I believe the future looks bright. And just to stress this point again, being positive and aggressive is not about trying to smash every ball to the boundary; you can still show this intent when leaving," Gillespie wrote in his coloumn in the Guardian.(Agony Fuels Root's Rise)

"Ricky Ponting was a player who did this. He would still make a pronounced movement when not offering a shot, meaning the ball went past on his terms. Leave with your feet stuck in cement and it betrays indecision, which the bowler will pick up on," he added.

"Joe is cut from the same cloth as Ponting in that he makes good decisions and movements at the crease."

Root has enjoyed a remarkable streak in Test cricket, beginning after his axing from the side for the final Test of the 2013-14 Ashes.

His first knock after being recalled was an unbeaten 200 at Lord's against Sri Lanka in June 2014, which began a sequence of six hundreds and nine fifties in 17 Tests.

Gillespie, who has played 58 of his 71 Tests under Ponting's captaincy, said that the rest of the England batsmen need to emulate Root's approach at the crease.

"England's batting is a concern for some but for me the talent is there, they just need to look at how Rooty has gone about his business as a how-to guide," the 40-year-old wrote.

Comments
Topics mentioned in this article
England Cricket Team Australia Cricket Team The Ashes 2015 Joe Root Ricky Ponting Jason Gillespie Cricket
Get the latest updates on Fifa Worldcup 2022 and check out  Fifa World Cup Schedule, Stats and Live Cricket Score. Like us on Facebook or follow us on Twitter for more sports updates. You can also download the NDTV Cricket app for Android or iOS.