The Ashes: England Fined for Slow Over-Rate in Oval Defeat vs Australia

England were two overs short of the required over-rate in an innings-and-46-run loss against Australia in the last Test of the Ashes. 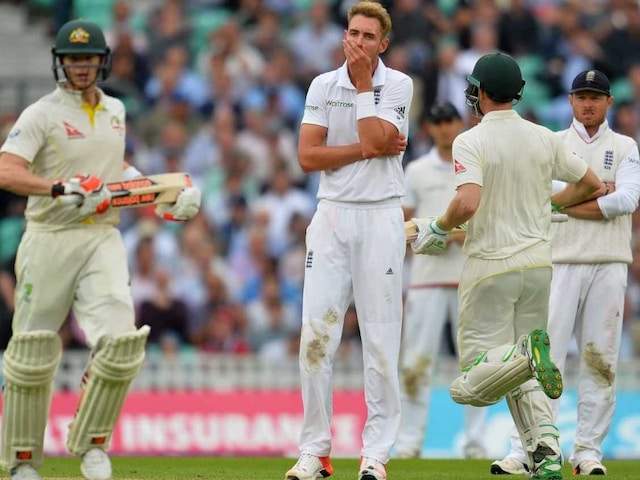 England were found to be two overs short of the required rate in the last Ashes Test© AFP
London:

As many pundits and cricket lovers bemoaned the speed of an Ashes series completed in just 18 days, England found themselves fined on Monday for a slow over-rate in the fifth and final Test at The Oval.

Cook, in his position as captain, was fined 40 percent of his match fee, and the remainder of his England team-mates 20 percent each.

Comments
Topics mentioned in this article
England Cricket Team Australia Cricket Team The Ashes 2015 Cricket
Get the latest Cricket news, check out the India cricket schedule, Cricket live score . Like us on Facebook or follow us on Twitter for more sports updates. You can also download the NDTV Cricket app for Android or iOS.