Chris Rogers, struck by a James Anderson bouncer while making a Test-best 173 during Australia's 405-run win over England at Lord's this month, credited the new stem guard with preventing a more serious injury. 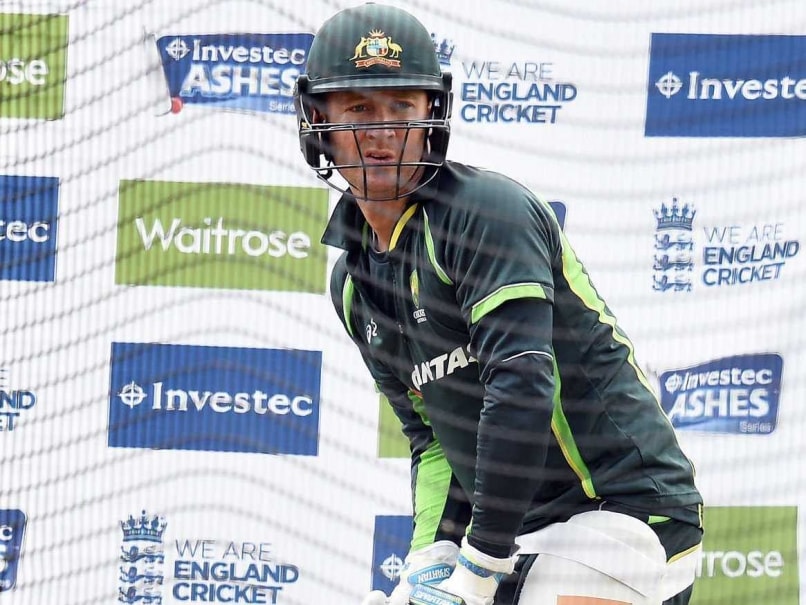 The injury suffered by team-mate Chris Rogers has finally convinced Australia captain Michael Clarke to wear one of the new-look helmets developed following the death of Phillip Hughes, he said on Tuesday. (More News From Ashes)

Former Australia batsman Hughes died after being struck on an unprotected area of the neck while batting during a first-class domestic Sheffield Shield match in Sydney in November. (Rogers Suffered Australia Career Was Over)

His death prompted Masuri, one of the leading manufacturers, to develop a helmet with a clip-on foam guard that provides additional protection and comes with an adjusted face grille.

Rogers, struck by a James Anderson bouncer while making a Test-best 173 during Australia's 405-run win over England at Lord's this month, credited the new stem guard with preventing a more serious injury. (Clarke Confirms Selectors Calling Time on Haddin Career)

Clarke, who had struggled to get used to the attachment, said: "Obviously what happened to Hughes, as soon as those new helmets and ear pieces came out I thought I am going to try this

"I have just spent the last six months trying to get used to it."

But what finally persuaded Clarke, who gave a moving eulogy at Hughes's funeral, of the need to change helmets was the sight of Rogers getting hit by Anderson.

"Obviously the Hughesy stuff is still on the front of my mind and then next morning Bucky (Rogers) came out and got hit right on the same spot," Clarke said.

"I got rid of my old helmet there and then and made up my mind I am using the new one."

With top batsmen having the same reverence for their equipment as a concert violinist has for a cherished Stradivarius, this was a significant change on Clarke's part.

"My gear hasn't changed for my whole career," he said.

"Because I wear my collar up I can feel it there, it is more of a feel thing, like anything it is just about making that change."

Comments
Topics mentioned in this article
Australia Cricket Team England Cricket Team The Ashes 2015 Michael Clarke Chris Rogers Cricket
Get the latest updates on India vs Australia and check out  Schedule, Results and Live Score. Like us on Facebook or follow us on Twitter for more sports updates. You can also download the NDTV Cricket app for Android or iOS.