The Ashes 2015: Chris Rogers Feared Australia Career Was Over After Dizzy Spell at Lord's

Chris Rogers had to leave the field on the fourth and final day of the Lord's Test as Australia completed a 405-run thrashing of England to level the five-match series at 1-1. 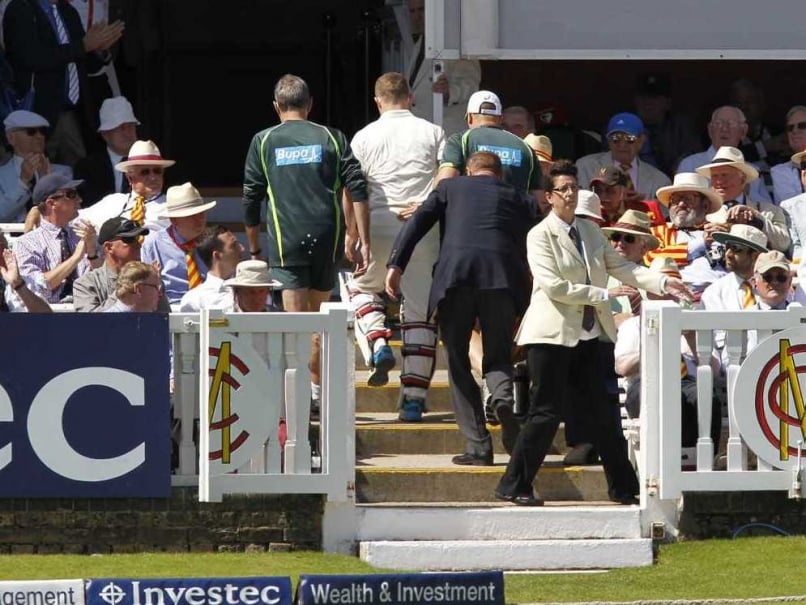 Australia opener Chris Rogers has revealed how he thought his career was finished after suffering an on-field dizzy spell during the second Ashes Test at Lord's.

The 37-year-old left-hander had to leave the field on the fourth and final day as Australia completed a 405-run thrashing of England to level the five-match series at 1-1.

A week of tests in London revealed nothing more serious than a balance problem in the inner ear, thought to have been caused when he was hit on the helmet by a short ball from James Anderson at Lord's in his first-innings 173 -- Rogers's Test-best score. (Rogers Gets Through Net Session Ahead of Third Test)

The test results came amid fears Rogers had suffered concussion -- something which forced him out of Australia's preceding 2-0 Test series win in the West Indies after he was hit on the head batting in the nets.

"If it was concussion (at Lord's), I would have definitely thought that maybe that was it (for my career)," Rogers, who plans to retire after the Ashes, told the cricket.com.au website.

He came through a training session on Monday which appeared to suggest he would retain his place for the third Test at Edgbaston starting on Wednesday.

"But speaking to the specialists, they ruled that out and said it was a completely different injury so that helped.

"It was a really weird sensation. It just looked like it (the Pavilion at Lord's) was going from left to right, and almost like my eyes were jumping.

"A really bizarre sensation, kind of scary and I wouldn't have been able to continue, so that's why I went off," added Rogers, who knows Lord's well from his time playing at the 'home of cricket' for Middlesex.

"I've never had it before and I must admit for the first few days I thought there was something seriously wrong.

"But after all the tests and seeing the specialists they cleared me of any serious damage."

Australia do have a reserve opener in their squad in Shaun Marsh, who has scored two hundreds in three innings on tour so far.

But their preference appears to be to retain Rogers, who has been preparing himself for the prospect of more short-pitched deliveries from England's attack.

"If anything, I probably wasn't expecting it (to get a bouncer) that ball, it was the first ball of the day and I thought I might get a nice little cover drive or something first up," Rogers said as he recalled being struck on the second morning at Lord's.

"But he (Anderson) really surprised me -- I've got to be aware of these things.

"I'm not stupid, I know they'll come even harder at me, but who knows?

"It looks like a green wicket, so if they're bowling short that may work well for me.

"They've still got to pitch it up at some stage, but I know full well they're going to come hard -- that's part and parcel of opening the batting," he added.

Comments
Topics mentioned in this article
Australia Cricket Team England Cricket Team The Ashes 2015 Chris Rogers Cricket
Get the latest updates on India vs Australia and check out  Schedule, Results and Live Score. Like us on Facebook or follow us on Twitter for more sports updates. You can also download the NDTV Cricket app for Android or iOS.