Eight years after his Test debut Ravi Bopara has just 13 appearances and has dropped out of the one-day side since the World Cup - but he insists he will 'never give up' on a recall. 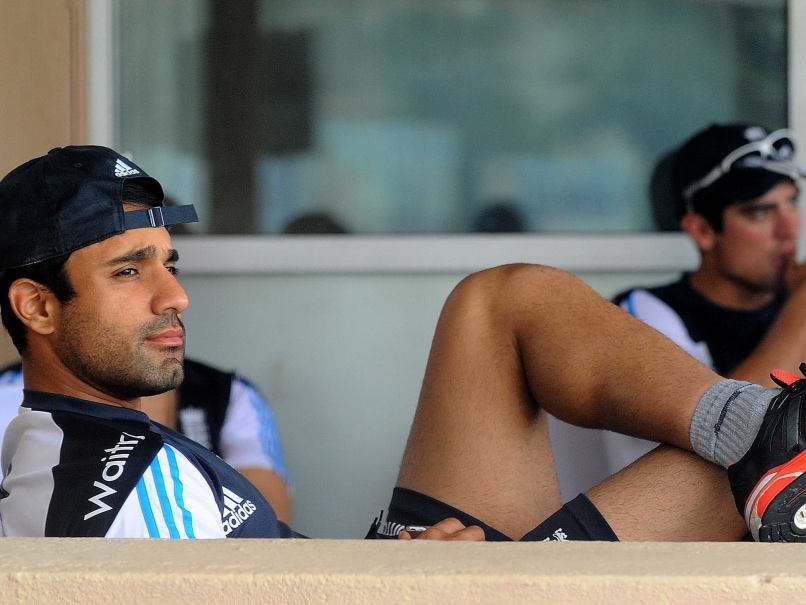 Will Ravi Bopara ever sport the white flannels for England again?© AFP

Ten years ago Ravi Bopara and Alastair Cook announced themselves to the wider cricketing world with stellar performances against the touring Australians at Chelmsford. (Gary Ballance will be Back, says his Ashes Replacement Jonny Bairstow)

Within two years both batsmen were regulars in the England set-up. Yet while Cook is preparing to captain his country in what will be his sixth Ashes series, Bopara has become England's forgotten man. (Michael Clarke Rubbishes Talk of Flat Pitches)

Now 30, his international prospects appear bleak and, in all likelihood, his only action against the Australians this summer will be in another tour match for Essex that starts at the County Ground on Wednesday.

Bopara is one of the casualties of England's failed World Cup campaign last winter, overlooked for younger blood during the remarkable recent one-day series against New Zealand that has given English cricket a much-needed adrenalin shot ahead of the Ashes.

The resurrection of the team's limited-overs fortunes in such a short space of time has been astonishing. Bopara, though, offers a fascinating insight as to why things have changed so quickly.

"It was the sort of cricket we'd been talking about as players at the World Cup," he said. "We were trying to push then but the guys who were running the whole show weren't sure what sort of brand they wanted to play. Either the captain or the coach has to give you the freedom to go and do it and obviously that's happened now."

Eoin Morgan remains as captain, the limited time he had to prepare for the World Cup following the sacking of Cook just weeks before the tournament buying him time. But Peter Moores, the coach, has now gone, replaced by Australian Trevor Bayliss.

Paul Farbrace, Moores' assistant who remains as Bayliss's No2 after their time together with Sri Lanka, oversaw the recent New Zealand series, with Bayliss having a significant impact from afar. So was Moores the problem?

"I know some of the players were having talks at the World Cup. I spoke to [batting coach] Mark Ramprakash and said we should go out and try and score 400 and play like that and practice for that. I didn't get much back from him at the time but obviously something's changed since."

Cook's form in Test cricket has improved since he was relieved of the one-day captaincy , a first hundred in almost two years coming against West Indies in Bridgetown at the start of last month and another following in the pulsating Lord's win against New Zealand.

Despite a golden duck in his last innings before the Ashes, for Essex against Gloucestershire at Bristol this week, Bopara believes his friend is in a good place.

"I'm sure he'll do very well in the Ashes," he said. "He's looked pretty good in the couple of games he's played for Essex. That's good news for him and good news for England.

"It's a huge series for him and let's hope he scores loads of runs. He's worked hard with us over the past few weeks and if he carries that form through into the Ashes he should have a fine series."

The last time an Ashes Test was staged at Cardiff back in 2009 , Bopara was handed the pivotal No3 position for England. The four Tests he played before being dropped for Jonathan Trott at The Oval were the only ones he played against Australia. He averaged 15.

Gary Ballance, whose Test average of 52.19 is mitigated by a dreadful run of recent form for both England and Yorkshire, is likely to continue as England's No3 for the start of this Ashes series. But he will have to start well if he is to avoid the same fate as his 2009 predecessor.

"It's going to be a big challenge for him, no doubt," says Bopara. "Batting at three against Australia will be a very, very tough position especially against the new ball. But he's got a very good record, has scored runs at that level and let's hope he does again."

Although an England return appears unlikely for Bopara, he is not giving up just yet. "I'd love to be playing international cricket," he says. "I'll never give up. I just need to keep scoring runs for Essex."

Another hundred against Australia this week would do his prospects no harm.

Comments
Topics mentioned in this article
The Ashes 2015 England Cricket Team Australia Cricket Team Ravi Bopara Cricket
Get the latest updates on India vs Australia Series, check out the India vs Australia Schedule for 2020-21 and Ind vs Aus live score . Like us on Facebook or follow us on Twitter for more sports updates. You can also download the NDTV Cricket app for Android or iOS.