Pat Cummins, 22, will join Australia's Ashes squad in Cardiff before the Test series starts on Wednesday, replacing Ryan Harris, who was forced into retirement at the weekend by persistent knee trouble. 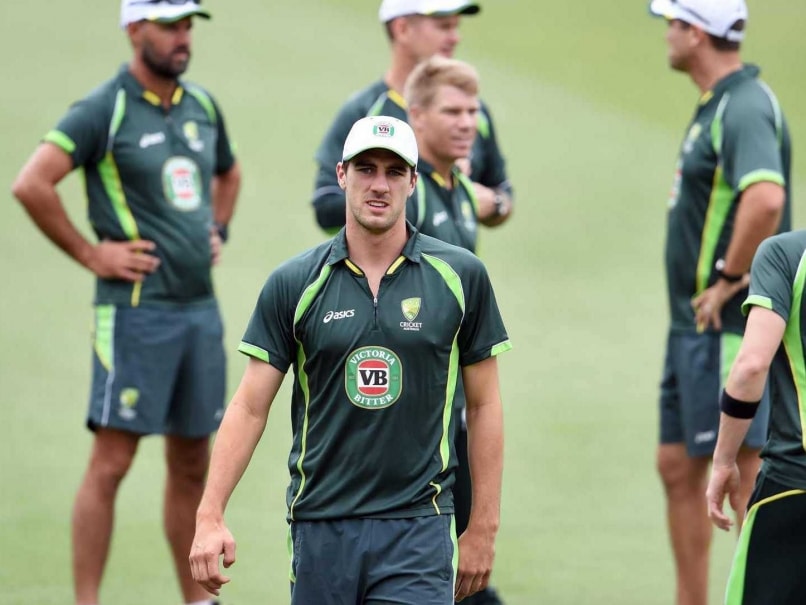 Young paceman Pat Cummins said Monday he was ready for the rigours of Test cricket as he prepares to join Australia's Ashes battle in England as a replacement for Ryan Harris. (Full Coverage of the Ashes)

The 22-year-old will join Australia's Ashes squad in Cardiff before the Test series starts on Wednesday, replacing Harris, who was forced into retirement at the weekend by persistent knee trouble.

Cummins has not played a Test since his man-of-the-match debut against South Africa in Johannesburg in 2011 at the age of 18, with his focus for most of the last 18 months almost entirely on limited-overs forms ahead of the World Cup earlier this year.

Cummins, whose young career has been dogged by injury, said he was prepared for the demands of the five-day game after recently training in Brisbane for the Australia A tour of India later this month.

"I feel ready to go now," Cummins told reporters in Brisbane before flying out to England. (James Faulkner Sorry for Drunken Driving)

"It's always been the plan to get myself ready in case I'm a reserve, if not get ready for the Aussie As, so I've been bowling lots of overs up here and everything's been going fine.

"It is a fair leap ... but I have played quite a few (white-ball) games, so I do feel like the step-up isn't as big as it might've been a year or so ago. (Plenty at Stake for Ashes Captains)

"I certainly feel ready for that step." (Mitch Mania in the Ashes)

With an Ashes debut unlikely at this stage given his standing in the pecking order behind Mitchell Johnson, Josh Hazlewood, Mitchell Starc and Peter Siddle, Cummins said he was hoping to feature in Australia's tour match against Derbyshire after the second Test at Lord's which begins on July 16.

"I'd love to get an opportunity in that and get used to bowling two or three days in a row," he said.

"My body feels really strong... I've been pretty lucky, I haven't had to think about any niggles or anything for probably the last two years."

Comments
Topics mentioned in this article
Australia Cricket Team England Cricket Team Cricket The Ashes 2015 Pat Cummins Ryan Harris
Get the latest updates on IPL Auction 2023 and check out  IPL 2023 and Live Cricket Score. Like us on Facebook or follow us on Twitter for more sports updates. You can also download the NDTV Cricket app for Android or iOS.