How Will You Remember Michael Clarke?

How will you remember Michael Clarke? The man who took over from Ricky Ponting as Australia captain has had to hang up his boots, with the Aussie Test team down in the dumps after being mauled by their oldest foes. It's definitely not the best way for Clarke to bid adieu, but what will his legacy be? 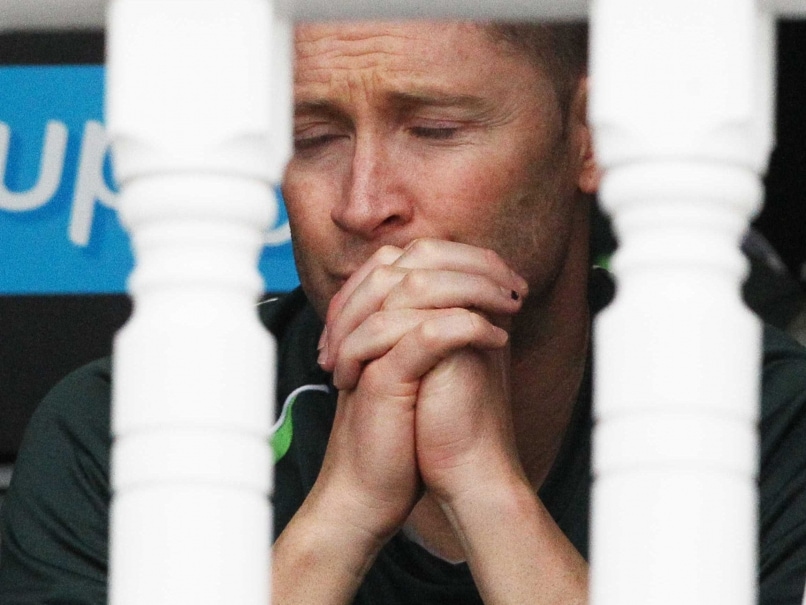 Michael Clarke - a man who wanted to be one of the greats. A cricketer who was forced to retire from international cricket after a humiliating Ashes series loss. Four and half months after winning the World Cup, the 34-year-old will disappear into the sunset. Australia have lost the Ashes and they have lost their captain too. It's a morale crushing and pride gutting phase for a team that won the last Ashes 5-0. It's definitely not the best way for Clarke to bid adieu, but what will his legacy be? (Michael Clarke Retires)

Clarke knew he was under pressure, but retirement was not what he was planning. After all, just last Tuesday he wrote in a column, "People are talking about how I'm going to retire after this series, well they don't know me."

An innings defeat, two more failures with the bat and having to kiss the urn goodbye were enough for him to change his mind. (England Thrash Australia)

England captain Alastair Cook is in exactly the opposite position as Clarke right now. The urn is his again. Cook though has sympathised with Clarke, knowing full well how difficult it is to shoulder the expectations of an entire nation. (Clarke Departs Amidst Australia's Worst Overseas Crisis)

Cook has said, "I know he (Michael Clarke) obviously is in a bit of a dark place at the moment but when that cloud lifts we should all remember what a fine cricketer and servant he's been to Australian cricket."

Clarke's average with the bat in the ongoing Ashes series is below 17. He has a total of 117 runs in 8 innings. There is no doubt that Clarke the batsman knew he didn't have a place left in the playing XI.

But does a humiliating exit overshadow the highs of a 11 year career? Will cricket fans forget that Clarke took Australia to a World Cup title? Will they forget that he scored 28 Test centuries and led the Aussies to a 5-0 rout of the English in the last Ashes series? Will they forget that he scored a Test century while batting with a broken arm vs South Africa? How will history remember Michael Clarke? (Australia's Ashes Jinx)

Cricket Australia CEO James Sutherland has tried to answer that question by saying, "I think he (Michael Clarke) will be remembered for his courage and the way he played the game. Unfortunately sports doesn't always leave you with a fairy tale ending and happy endings."

Throughout his career, Clarke had to overcome multiple hurdles. He was not accepted as a home grown cricket hero. He was booed by Aussie fans. His personal life was judged. He battled injuries, bad form and the loss of a close friend in Phil Hughes. He will now have to make peace with the fact that his career has ended on possibly the worst note.

So, what next for Australia? Steve Smith is obviously the heir apparent, but perhaps no one in the Australian camp was ready for a captaincy change at this time. After all it's another thing to deal with at a time when they have lost the most important series in their calendar, and lost it in embarrassing fashion.

Sutherland has shown faith in Smith, saying, "Steven (Smith) is ready for this challenge but as anyone will tell you who's been a Test cricket captain, it's not an easy job, it's not an easy transition, and no-one is ready made just to walk into it and make a great success of it. We still have every confidence in Stephen. The decision hasn't been made, but he's clearly the heir apparent."

The English camp of course has a completely different look. They are after all the conquerors this time around and what a conquest it has been. Even they didn't expect this kind of a turnaround after losing the last Ashes series 5-0.

Cook in fact has admitted, "From the team's point of view to win like we've done is just beyond belief. I didn't think we were quite ready to win the Ashes at the beginning of it because I thought you really needed a group of players who have been match-hardened, but the guys out there have surprised me."

England's trip to a five star golf resort in Spain, where they tried to come up with plans to tackle Steve Smith, apart from other strategies has clearly paid rich dividends. Stuart Broad spoke about that, saying, "In my wildest dreams, I didn't think we'd be 3-1 up here at Trent Bridge and credit has to go to, not just the team but all the management and I'd quite like a golfing trip before every series if Straussy (Andrew Strauss, team director) wants to do it."

This has been one of the most erratic Ashes series of recent times. No one predicted a 3-1 series scoreline after the 4th Test. No one expected this to be Clarke's last series either. The game of glorious uncertainties has once again lived up to its unpredictable nature.

Comments
Topics mentioned in this article
Australia Cricket Team England Cricket Team Michael Clarke The Ashes 2015 Cricket
Get the latest updates on IPL 2021, IPL Points Table , IPL Schedule 2021 , live score . Like us on Facebook or follow us on Twitter for more sports updates. You can also download the NDTV Cricket app for Android or iOS.