Australia were skittled out for just 136 in the first innings of the third Ashes Test, with veteran opener Rogers's 52 the lone batting highlight of an innings where the next best score was Adam Voges's 16. James Anderson took an Ashes-best six for 47. 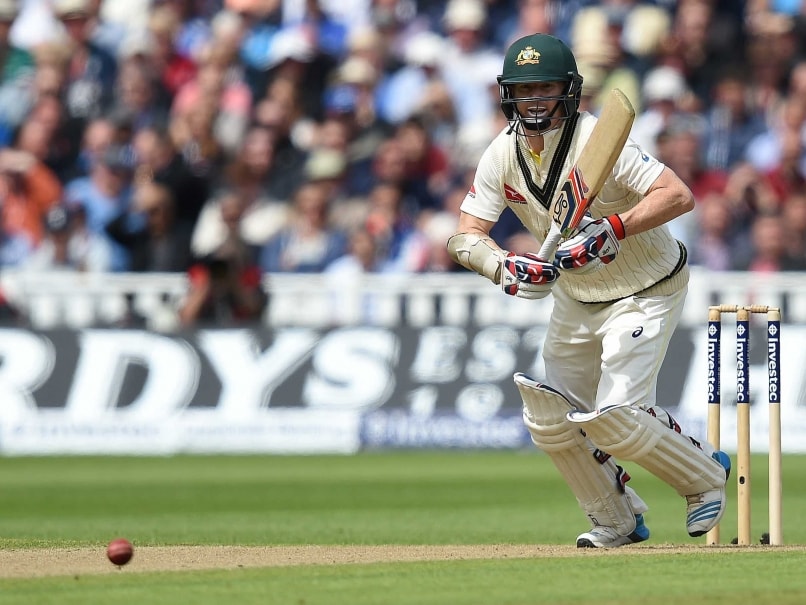 Chris Rogers was left to rue a lack of fight on the part of his fellow Australia batsmen as England dominated the first day of the third Ashes Test at Edgbaston on Wednesday.

Australia were skittled out for just 136 after skipper Michael Clarke won the toss, with veteran opener Rogers's 52 the lone batting highlight of an innings where the next best score was Adam Voges's 16.

James Anderson took an Ashes-best six for 47 before Ian Bell followed up with 53 to leave England just three runs behind at 133 for three come stumps.

This was Australia's worst first day since they slumped to 98 all out and then saw England make 157 without loss before stumps in the 2010 Boxing Day Test at Melbourne.

And had it not been for several rain interruptions, the last of which forced an early close, they would have been behind before Wednesday's close as well. (Day 1 in Pics)

Only Rogers, with years of experience of seaming pitches in English county cricket, appeared ready to battle it out at Edgbaston and this performance is bound to lead to accusations that Australia, who thrashed England by 405 runs on a placid pitch at Lord's to level the current five-match series at 1-1, are 'flat-track bullies'.

"We won the toss, we had first crack at it, but England bowled well and put us under pressure and we didn't respond," Rogers told Sky Sports after stumps.

"You've got to give their attack credit, they bowled very well, but there's times when you've got to fight, you have to get through somehow, and you look at some of the dismissals and think maybe we shouldn't have got out that way," added the 37-year-old left-hander, set to retire after this series.

Rogers suffered a dizzy spell at Lord's and was forced off the field on 49 in Australia's second innings.

Medical tests revealed the injury was related to a balance problem in the inner ear caused when Rogers was hit on the helmet by an Anderson bouncer during his Test-best 173 in the first innings at Lord's.

Rogers, who missed Australia's preceding 2-0 series win in the Caribbean with concussion suffered while batting in the nets, said the examinations he had endured in the run-up to Wednesday's match, had made him feel like a "guinea pig".

"I needed to have these tests to have peace of mind as much as anything," Rogers said.

"To come out and score some runs, I had to fight hard today... it's nice but we needed to have a better day."

Anderson, already England's most successful Test bowler, took his tally to 412 Test wickets on Wednesday after the rare experience of going wicketless in a match return of none for 137 at Lord's.

"I thought we bowled pretty well, much better than we did at Lord's," said Anderson, who turns 33 on Thursday.

"We weren't expecting it (the pitch) to do as much as it did.

"We saw Chris Rogers get it on it and he played well and was watchful and put away the bad ball."

Anderson also praised recalled England fast bowler Steven Finn, who marked his first Test appearance since 2013 by taking the key wickets of Steven Smith and Clarke in a return of two for 38.

Finn, captained by Rogers at Middlesex, was deemed "unselectable" after losing his action on England's 2013/14 tour of Australia, which saw them lose the Ashes 5-0.

"He's obviously had a tough 18 months and he's worked so hard to get back in the Test side," said Anderson of Finn.

"Everyone in the dressing room is delighted for him."

Comments
Topics mentioned in this article
Chris Rogers Australia Cricket Team England Cricket Team The Ashes 2015 Cricket
Get the latest updates on SA vs IND 2021-22, check out the Schedule and Live Score . Like us on Facebook or follow us on Twitter for more sports updates. You can also download the NDTV Cricket app for Android or iOS.