Zebras on The Loose at French Open 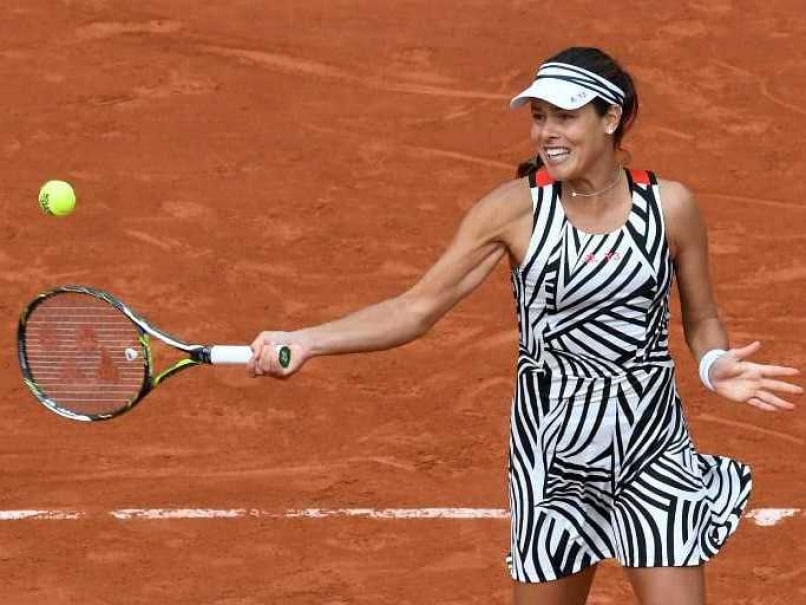 Ana Ivanovic, the 2008 French Open champion, said she found her outfit very feminine and liked it even more because the design supported her favourite football club -- Partizan Belgrade.© AFP

There are zebras on the loose at the French Open giving a brash, new twist to Paris's enduring reputation as the fashion capital of the world.

Widely-panned as garish and vulgar on social media, the players insist that they are happy with the design, the brainchild of Adidas and longtime Japanese designer Yohji Yamamoto.

"The collection's eye-catching style is inspired by zebra print to evoke a feeling of movement and fluidity," gushed Adidas in their publicity material.

"This sporty chic collection takes its inspiration from haute couture and meets the strictest demands of sportsmen and women while cutting a striking dash. A real treat for the eye."

However, many are convinced it is a torture to the eye rather than a treat.

Brad Gilbert, a former tour player, coach of Andre Agassi and now a respected television pundit, admitted he was a little puzzled by the look.

"What's up with so many players looking like FootLocker employees on safari? U digging the Zebra shirts?" tweeted the American.

He added later: "Such a strange decision to think the zebra shirt could be worn for whole event let alone 1 match." 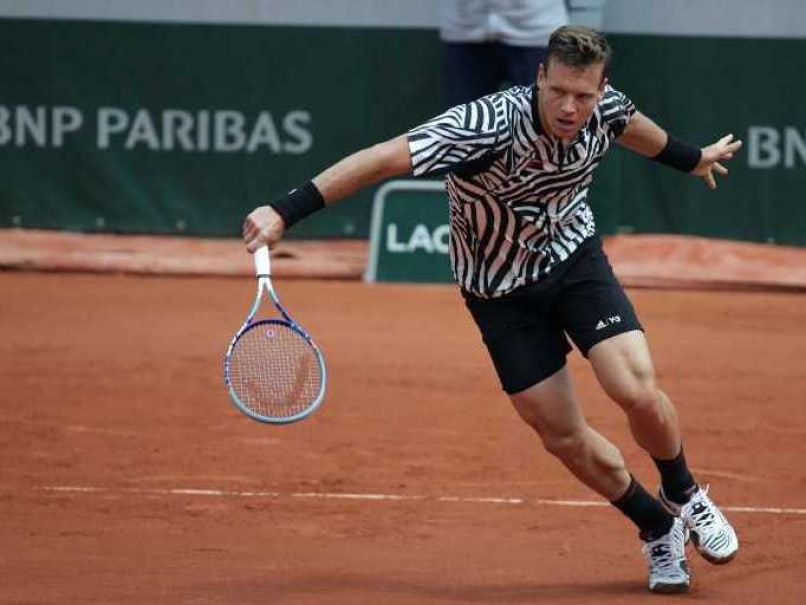 Another critic on Twitter wrote: "What's with all the zebra threads? Is this Roland Garros or the Serengeti?"

But Ivanovic, the 2008 champion, said she had no problems with her outfit -- the black-and-white template finished off with a personal flourish of faux red braces on the back.

"I actually really like it. The cut is beautiful in the dress, and I think it looks very feminine," said the Serb.

"The design also supports my favourite club, Partizan Belgrade. I really like it. It was very comfortable to play in.

"It's different, and, yeah, I enjoy it, actually. I know the opinions are split, but I'm for it."

French number one Jo-Wilfried Tsonga insisted he too was happy to wear the distinctive outfit when he played his first round on Tuesday.

But when he appeared for his second round clash on Thursday afternoon against Marcos Baghdatis, the 31-year-old sixth seed opted instead for a more conservative strip of all-black.

"I like what I wear. Really, if I didn't like that, I wouldn't wear it. But I think it's different," he said of his stripes.

"And then it's a bit like everything in life. There are those who are in favour; those who are against. What is important is that people talk about it."

Others at Roland Garros opting for the stripes were rising star Dominic Thiem and Australian Open champion Angelique Kerber.

However, Kerber can now place hers at the back of the wardrobe after losing in the first round.

Comments
Topics mentioned in this article
Ana Ivanovic Tomas Berdych Simona Halep Tennis
Get the latest updates on India vs Australia Series, check out the India vs Australia Schedule for 2020-21 and Ind vs Aus live score . Like us on Facebook or follow us on Twitter for more sports updates. You can also download the NDTV Cricket app for Android or iOS.