Naomi Osaka maintained her unbeaten record over Petra Kvitova having won their only previous clash in a three-set classic in Melbourne. 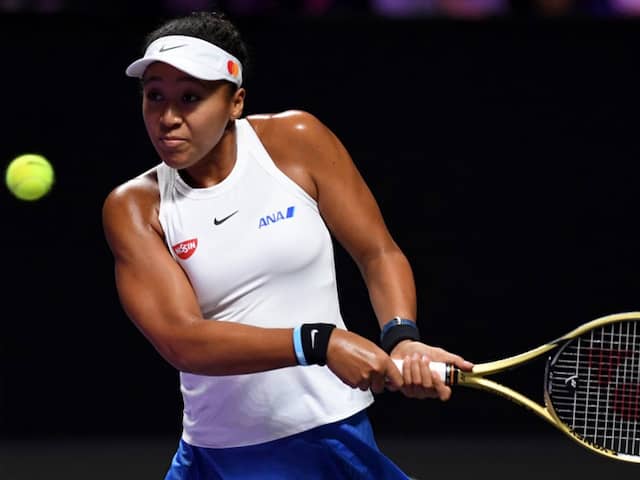 In-form Naomi Osaka outlasted Petra Kvitova in a three-set marathon for a drought-breaking victory at the WTA Finals on Sunday. Opening the $14 million round-robin tournament, the first in the southern Chinese city of Shenzhen, the world No.3 regrouped from several lethargic stretches to win 7-6 (7/1), 4-6, 6-4 in two hours and 39 minutes. It was the Japanese sensation's first victory at the WTA Finals after a winless campaign in her debut appearance last year and stretched her current winning streak to 11 matches having claimed titles in Osaka and Beijing.

"She started going hard at me from the beginning and I just had to adjust to it," Osaka said after the match.

In a rematch of this year's tense Australian Open final, world No.6 Kvitova came out with intent until she stuttered in the eighth game of the opening set with three double faults to squander the game.

Osaka held off two break points in the ninth game before dominating the tiebreak to draw first blood.

It seemed to shake the Czech's confidence but Kvitova, the oldest player in the draw, impressively clawed back in the second set and took advantage of an error-strewn Osaka who several times slammed her racquet in frustration.

A refocused Osaka put the foot down in the deciding set but could not convert two match points in the eighth game before finally closing it out in the 10th to issue a statement to her rivals in Red Group.

The 22-year-old maintained her unbeaten record over Kvitova having won their only previous clash in a three-set classic in Melbourne.

The event's move to China, after a five-year run in Singapore, is highlighted by a record prize pool in tennis with the winner receiving up to $4.725 million.

Comments
Topics mentioned in this article
Naomi Osaka Petra Kvitova Tennis
Get the latest Cricket news, check out the India cricket schedule, Cricket live score . Like us on Facebook or follow us on Twitter for more sports updates. You can also download the NDTV Cricket app for Android or iOS.