World number one and Wimbledon champion Ashleigh Barty pulled out of the season-ending WTA Finals Saturday, opting to remain at home and focus on preparing for the Australian summer. 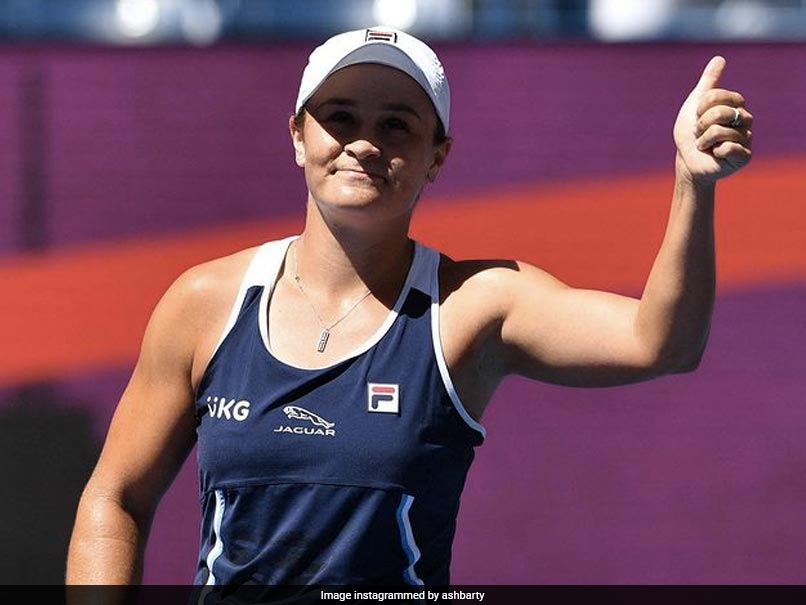 Ashleigh Barty has not played since a shock third-round loss at the US Open in September.© Instagram

World number one and Wimbledon champion Ashleigh Barty pulled out of the season-ending WTA Finals Saturday, opting to remain at home and focus on preparing for the Australian summer. The Australian has not played since a shock third-round loss at the US Open in September and has now formally ended a year that earned her five titles, including a second major at Wimbledon after her French Open triumph in 2019. "I wanted to let everyone know that I won't be competing in any further tournaments in 2021, including the WTA Finals in Mexico," the 25-year-old said in a statement.

"It was a difficult decision but I need to prioritise my body and my recovery from our 2021 season and focus on having the strongest pre-season for the Australian summer."

Barty won the WTA Finals in 2019 before last year's version was cancelled because of the coronavirus pandemic.

She spent most of this year abroad because of strict quarantine rules on entering Australia, finally returning in September and undergoing a mandatory two-week stint in hotel isolation.

She said she was not ready to go through that again, ending any hope of playing the WTA Finals at Guadalajara next month.

"With ongoing challenges of travelling back to Queensland and quarantine requirements, I am not willing to compromise my preparation for January," she said.

"I wish the WTA team and the players all the best for a successful WTA Finals and the rest of the year."

Barty's focus is now on the Australian Open at Melbourne Park, which will resume its traditional January time slot in 2022 after a pandemic-enforced delay this year.

A host of WTA events are set to be held in the weeks leading up to the season-opening Grand Slam although where in Australia they will be played is yet to be decided due to pandemic concerns.

Comments
Topics mentioned in this article
Ashleigh Barty Tennis
Get the latest updates on IND vs NZ 2021, check out the Schedule and Live Score . Like us on Facebook or follow us on Twitter for more sports updates. You can also download the NDTV Cricket app for Android or iOS.