Wimbledon: Winner Ashleigh Barty Was Once A Cricketer, Played For Brisbane Heat In WBBL

Wimbledon: Single's champion Ashleigh Barty was a professional cricketer once and even played for Brisbane Heat in Australia's Women's Big Bash League. 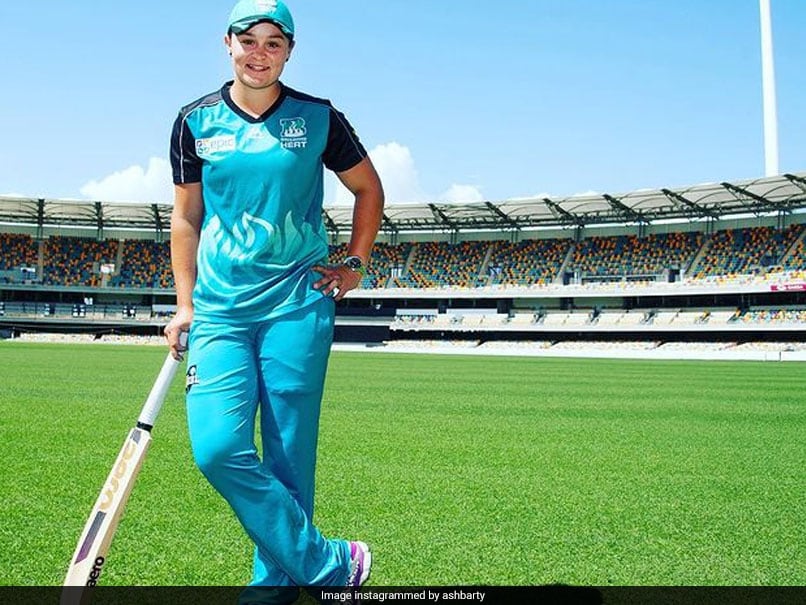 Top seed Australia tennis player Ashleigh Barty, who clinched her maiden Wimbledon title on Saturday, had also played in Women's Big Bash League (WBBL). Not many know but the star Australian player was also a professional cricketer as she played for Brisbane Heat in 2015. She had taken a break from her tennis career in 2014 and a year later she played in the WBBL for Brisbane Heat. However, she made her return to tennis in 2016, and on Saturday she won her maiden Wimbledon title. Former Indian batsman VVS Laxman congratulated Barty on winning the Wimbledon title.

"Played for the Brisbane Heat in the Women's Big Bash in 2015-2016 after taking a break from Tennis , and is the 2021 Wimbledon champion. Congratulations," Laxman tweeted.

Played for the Brisbane Heat in the Women's Big Bash in 2014 after taking a break from Tennis , and is the 2021 Wimbledon champion. Congratulations #AshBarty #BartyParty pic.twitter.com/XffFvvX3sT

In April 2020, Barty was seen practicing her trademark forehand volleys with a cricket bat to do something productive while the whole world was in lockdown.

The Australian tennis player also played for Queensland in two List A matches in November 2015. At the age of 19, she was made the coach of Australia's under-15 women's cricket team for a brief period.

On Saturday, Barty defeated Czech Republic's Karolina Pliskova 6-3, 6-7, 6-3 in the summit clash at the Centre Court.

This was the first time that a Wimbledon women's final went to a third and deciding set since 2012. Nine years ago, Serena Williams had defeated Agnieszka Radwanska in three sets at the women's final at the Centre Court.

In the first set, Barty brought her A-game to the court and she managed to take a 5-2 lead. Pliskova bounced back to win one game, and she brought the set to 5-3. However, Barty showed her class and she ended up winning the first set 6-3.

Pliskova won the first game in the second set, but Barty fought right back and she managed to take a 3-1 lead. However, the Czech was able to bring the scoreline level at 3-3.

The second set went back and forth, but in the end, Pliskova managed to win it, sending the match into the third and deciding set.

In the third and deciding set, Barty raised her game and as a result, she went on to win the match.

Barty had earlier won the French Open title in 2019 and after winning Wimbledon, Barty has won her second Grand Slam title.

Brisbane Heat Ashleigh Barty Tennis Cricket
Get the latest updates on ICC Women's Cricket World Cup 2022 and IPL 2022, check out the Schedule , Live Score and IPL Points Table. Like us on Facebook or follow us on Twitter for more sports updates. You can also download the NDTV Cricket app for Android or iOS.