Wimbledon 2019: Prajnesh Gunneswaran Knocked Out In 1st Round After Losing To Milos Raonic

India's Wimbledon contention over as Prajnesh Gunneswaran went down against Canada's Milos Raonic in straight sets. 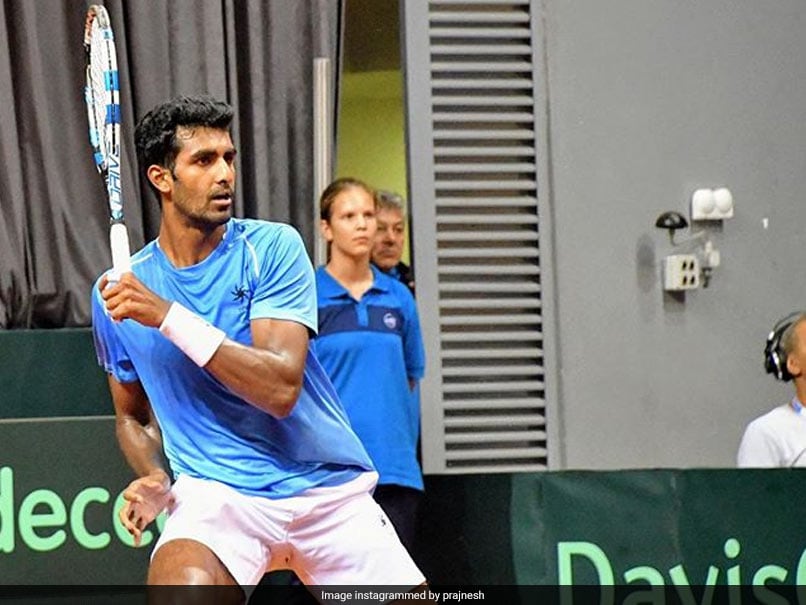 Prajnesh Gunneswaran was knocked out in straight sets after the loss against Milos Raonic.© Instagram

Prajnesh Gunneswaran lost to Milos Raonic by 6-7, 4-6, 2-6 in his first appearance in the main draw of Wimbledon 2019 on Monday. Prajnesh was India's only participant in the main draw of the tournament. The 15th-seeded Raonic defeated Prajnesh in straight sets, ending India's participation in the tournament. Both the players failed to break the serve in the first six games and the first set ended in a tie-breaker, where Raonic got the better of Prajnesh. The huge difference between their World rankings clearly showed in the results, as the world number 17 outclassed India's world number 95 in London.

In the second set, Raonic broke the serve in the first game and took an early lead. The Chennai-born Prajnesh was constantly playing the catch-up game and the Canadian eventually took the second set by 6-4.

In the third set, Raonic again managed to break the serve early on in the set. Prajnesh couldn't fightback after the early setback and gave Raonic another break point. The third set ended quickly, as Raonic finished the game by winning the set by 6-2.

The 29-year-old Prajnesh earlier this month, jumped to a career best rankings of 84 after a good show in the Indian Wells tournament. For India, previously, Ramkumar Ramanathan and Ankita Raina exited after losing their respective second round matches.

Comments
Topics mentioned in this article
Milos Raonic Tennis
Get the latest updates on India vs South Africa and check out  Schedule, Results and Live Score. Like us on Facebook or follow us on Twitter for more sports updates. You can also download the NDTV Cricket app for Android or iOS.