Hsieh, the world number 48, battled back from 2-5 down in the final set and halted Halep who served for the match at 5-3 in the decider 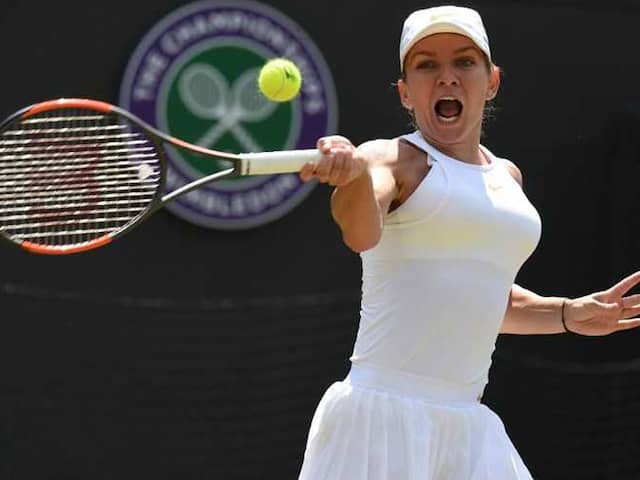 German fourth seed Alexander Zverev and women's world number one Simona Halep wilted in 33-degree heat and crashed out of Wimbledon in the third round on Saturday. Zverev, playing for the third day in succession, was shocked by Latvian qualifier Ernests Gulbis, ranked 138, in a gruelling five sets, 7-6 (7/2), 4-6, 5-7, 6-3, 6-0. French Open champion Halep lost to Taiwan's Hsieh Su-Wei 3-6, 6-4, 7-5 which leaves just one of the top 10 seeds in the last 16. Meanwhile, two-time champion Rafael Nadal made the fourth round with a 6-1, 6-2, 6-4 win over Alex De Minaur of Australia which ensured he would retain the world number one spot at the end of the tournament.

Despite being widely-tipped to be a Grand Slam threat, it was another letdown for Zverev whose run to the quarter-finals at Roland Garros last month remains his best performance at the majors.

Gulbis, a former world number 10 who famously defeated Roger Federer on his way to the French Open semi-finals in 2014, will be playing in the last 16 at Wimbledon for the first time at the 11th attempt.

The 29-year-old will take on either Australian Nick Kyrgios or Japan's Kei Nishikori for a place in the quarter-finals.

His win on Saturday was his third successive five-setter having also played three matches in qualifying.

"It's a great day, it's been a great match for me," said Gulbis who before Wimbledon had won just one match on tour in 2018.

He fired 18 aces and 61 winners past Zverev who said he felt he had been "unplugged" in the fourth set.

"I didn't think I could win after losing the third set, but he got tired and I played smarter," added Gulbis.

Defeat for Halep means that Karolina Pliskova, at number seven, is the only women's top 10 seed to reach the fourth round.

It's the first time in the Open era that none of the top five women's seeds have made the last 16 of a Slam.

Hsieh, the world number 48, battled back from 2-5 down in the final set and saved a match point when the Romanian served for the match at 5-3 in the decider.

It will be Hsieh's first appearance in the last 16 at Wimbledon where she will face Dominika Cibulkova of Slovakia.

"It's my first win against a world number one," said 26-year-old Hsieh.

"It's amazing. I was 2-5 down in the final set but the crowd pushed me to fight."

Halep was left to rue her lost opportunities.

"It was an unprofessional attitude from me today."

Nadal reached the last 16 for the eighth time, making sure of keeping the world number one ranking.

The 11-time French Open champion and bidding for an 18th career major will next face unseeded Jiri Vesely of the Czech Republic.

Djokovic was furious when he was denied a break of serve in the seventh game of the fourth set on Centre Court when the ball bounced twice before Edmund hit what was ruled a winner.

But the Serb managed to refocus after a lengthy complaint to umpire Jake Garner.

"I was 100 percent convinced it was a double bounce," Djokovic said.

"It was an important point. I asked the chair umpire how is it possible he plays that shot if it didn't bounce twice. It didn't make sense."

The former US Open winner, who made the semi-finals in 2013, next faces unseeded Gilles Simon of France.

Switzerland's Belinda Bencic, a former top 10 player whose ranking slumped out of the top 300 last year after wrist surgery, made the fourth round for the second time with a 6-1, 7-6 (7/3) win over Spain's Carla Suarez Navarro.

Bencic, now at 56 in the world, next faces two-time Grand Slam champion Angelique Kerber who swept past Naomi Osaka of Japan.