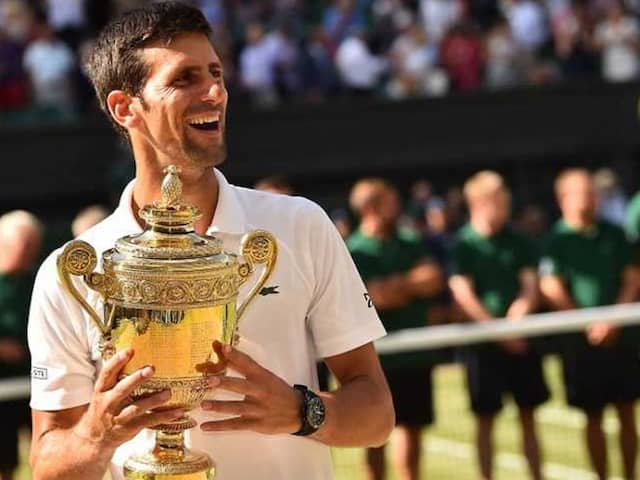 Novak Djokovic raced to his fourth Wimbledon title and 13th career Grand Slam crown on Sunday when he defeated a battling but exhausted Kevin Anderson 6-2, 6-2, 7-6 (7/3). In women's singles event, Angelique Kerber became the first German woman to win Wimbledon for 22 years as the 11th seed shattered Serena Williams' bid for Grand Slam history with a 6-3, 6-3 victory in Saturday's final. The two champions - Djokovic and Kerber - set the floor of fire with their amazing moves at the Champions Dinner. Wimbledon's Instagram account posted a video where Djokovic and Kerber are seen grooving to the beat.

Kerber avenged her defeat against Serena in the 2016 Wimbledon title match, overwhelming the seven-time champion with a stunning 65-minute upset on Centre Court.

Djokovic celebrated his fourth Wimbledon title -- by munching on the Centre Court grass on Sunday.

Djokovic revealed that the thought of his son seeing him win a Grand Slam title for the first time inspired him to his fourth triumph at the All England Club and 13th crown at the majors.

Novak Djokovic Angelique Kerber Tennis
Get the latest Cricket news, check out the India cricket schedule, Cricket live score . Like us on Facebook or follow us on Twitter for more sports updates. You can also download the NDTV Cricket app for Android or iOS.