The 36-year-old said she had been in training when Olympia took her first steps. 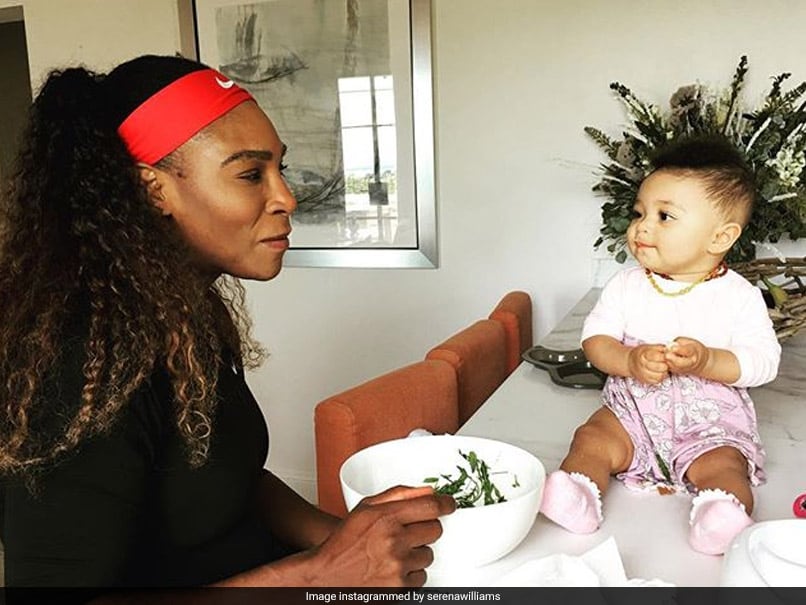 Williams, who gave birth in September, advanced to the Wimbledon fourth round with a win over Kristina.© AFP

Serena Williams is so focused on winning an eighth Wimbledon title that she missed baby daughter Olympia's first steps. Williams has travelled to the All England Club with Olympia, but her parental duties have to be put on hold while she prepares for her matches. That means sometimes being away while Olympia is taking major steps in her growth -- including walking for the first time. Williams, who gave birth in September, advanced to the Wimbledon fourth round with a win over Kristina Mladenovic on Friday. And just hours later, the 36-year-old said she had been in training when Olympia took her first steps.

"She took her first steps... I was training and missed it. I cried," Williams wrote on Twitter.

The American star last week posted on the Olympia's Instagram account showing her on one of Wimbledon's grass courts.

Williams was asked at Wimbledon why she has given her daughter such a public profile, given some fellow players keep their families out of the spotlight.

"For me, it was so natural. She's so fun. I just want to share those moments with everyone.

"We don't share a lot on her page, but we do share enough. It's just so cool."

Comments
Topics mentioned in this article
Serena Williams Tennis
Get the latest updates on IPL Auction 2023 and check out  IPL 2023 and Live Cricket Score. Like us on Facebook or follow us on Twitter for more sports updates. You can also download the NDTV Cricket app for Android or iOS.