Sania Mirza and Rohan Bopanna advanced to the pre-quarters of the women's doubles and mixed doubles, respectively. 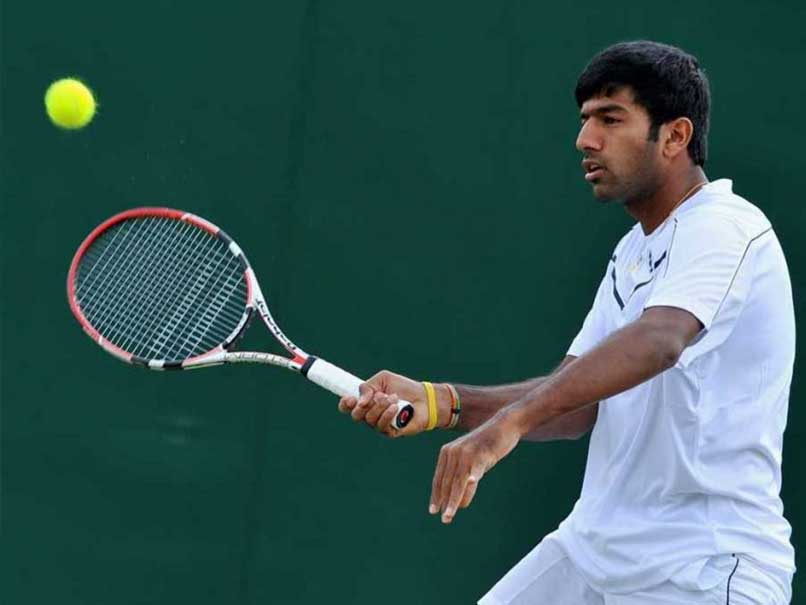 Rohan Bopanna and Gabriela Dabrowski advanced to the third round in mixed doubles.© AFP

It was a good day for India at Wimbledon as Sania Mirza, Rohan Bopanna and Purav Raja won their respective matches on Saturday. While Sania Mirza and Belgian Kirsten Flipkens faced a tough fight from British pair Naomi Broady and Heather Watson in their women's doubles second round match, reigning French Open champions Rohan Bopanna and Gabriela Dabrowski of Canada reached the pre-quarterfinals of the mixed doubles event in straight sets. In the juniors, Zeel Desai won the first round in the junior girls' singles event in straight sets too.

Sania and Flipkens won the first set 6-3 against the British pair; they came back strong in the second to level scores with a 6-3 win. It all came down to the decider and the Indo-Belgian pair, seeded 13th here, didn't waste chances as they entered the pre-quarterfinals winning the set 6-4.

Bopanna and Dabrowski, seeded 10th, didn't face much difficulty in halting the challenge posed by Fabrice Martin and Raluca Olaru. The Indo-Canadian duo beat the French-Romanian pair 7-6 (2), 7-5 to advance in the mixed doubles event.

Purav Raja with partner Eri Hozumi of Japan reached the second round of the mixed doubles event with a 5-7 6-4 6-2 win over James Cerretani and Renata Voracova later in the day.

The Indian challenge in the men's doubles ended on Friday.

Comments
Topics mentioned in this article
Sania Mirza Rohan Bopanna Purav Raja Tennis
Get the latest updates on IPL 2021, IPL Points Table , IPL Schedule 2021 , live score . Like us on Facebook or follow us on Twitter for more sports updates. You can also download the NDTV Cricket app for Android or iOS.