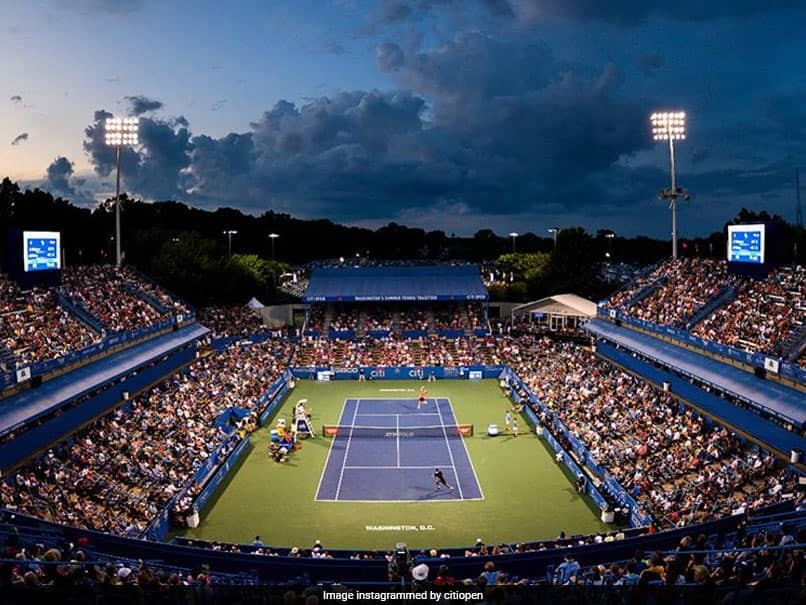 Washington Open is scheduled from August 14-21 with no spectators expected.© Instagram

The first event as the ATP Tour returns from a five-month coronavirus shutdown expects an impressive field based on early player commitments, Washington Open president Mark Ein said. The 52nd edition of the annual US Open hardcourt tuneup is scheduled August 14-21 in Washington with no spectators expected, Ein told event telecaster Tennis Channel on Monday.

"We've been inundated," Ein said of entries. "We think it's going to be an absolutely incredible field."

A safety bubble is planned at the player hotel, on the transport and at the venue for a 48-player singles field. Players would be tested when they arrive. Masks, social distancing, contact tracing, temperature taking, health questionnaires and "probably" extra testing during tournament week are also planned.

"We think if you do that, you will have a bubble that will be safe," Ein said.

A small number of spectators might attend, Ein said, if government health and safety regulations allow.

A WTA event is usually staged alongside the men's event, although that has not been confirmed for this year.

"We've been in constant work dialogue with the WTA," Ein said. "We're really hopeful we're going to be able to do that."