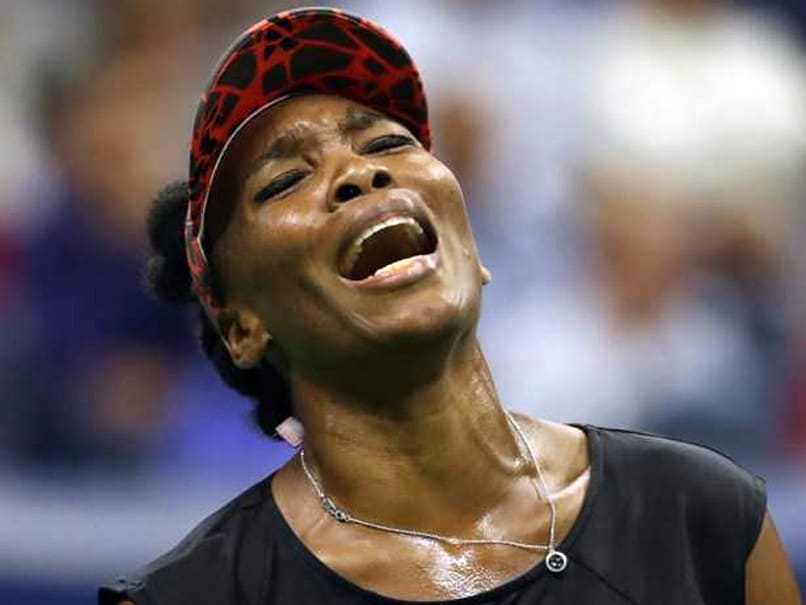 Sloane Stephens, who missed 11 months with a left foot injury before returning in July, reached her first Grand Slam final by outlasting Venus Williams 6-1, 0-6, 7-5 Thursday at the US Open. Stephens, whose best prior Slam run was to the 2013 Australian Open semi-finals, will play Madison Keys, who defeated CoCo Vandeweghe on Saturday in the second semi-final match. "I just worked my tail off and tried to run every ball down and here we are," Stephens said. "It required a lot of fight and a lot of grit." Stephens, who was ranked 957th in July when her hardcourt campaign began, has won 14 of her past 16 matches, including semi-final runs at Toronto and Cincinnati, for a total of $310,000 this season.

Ousting a seven-time Grand Slam champion who was seeking her first US Open final since 2002 left Stephens stunned.

"I have no words to describe what I'm feeling, what it took to get here, the journey I've been on," Stephens said.

"It's incredible. I don't know how I got here. Your guess is as good as mine. Just hard work. That's it."

US ninth seed Williams could not overcome 51 unforced errors that doomed her bid to become the oldest women's singles finalist in US Open history at age 37.

"It was definitely well competed," Williams said. "In the end she won more points than I did and that's what it added up to.

Williams will return to the top five in Monday's world rankings for the first time since 2011, the year she was diagnosed with strength-sapping Sjogren's Syndrome.

Stephens, who beat Williams in the first round of the 2015 French Open in their only prior meeting, will jump into the world top 25 next week with the victory.

A first-time career Slam champion is assured with Keys and Vandeweghe also having gone no deeper than a Slam semi-final.

Vandeweghe, seeded 20th, reached her only prior Slam semi in January's Australian Open while 15th seed Keys made her lone last-four major at the 2015 Australian Open.

On Friday, the men return to Arthur Ashe Stadium with 15-time Slam champion Rafael Nadal, the world number one, seeking his fourth trip to the New York hardcourt finals against 2009 US Open champion Juan Martin Del Potro, the 24th seed from Argentina.

Williams netted a forehand to surrender a break and a 3-1 lead, was broken again in the sixth game and dropped the first set in 24 minutes. Williams had 17 unforced errors in the set and won only 13 points, just seven on her serve.

But in the second set, Williams denied Stephens on three break points and dominated to claim the set in 30 minutes to force a third.

Stephens broke to open the final set but Stephens surrendered a break on a wide backhand to lift Williams level at 2-2 and they traded breaks in the seventh and eighth games as the tension grew.

Stephens broke at love for a 6-5 lead -- her lob and forehand crosscourt volley winners followed by a Venus backhand and forehand wide -- and held to end matters after 2 hrs 7 mins.

Stephens is 4-0 in WTA finals, having won titles in 2015 at Washington and last year in Auckland, Acapulco and Charleston.

Listen to the latest songs, only on JioSaavn.com
Comments
Topics mentioned in this article
Venus Williams Sloane Stephens Coco Vandeweghe Madison Keys Tennis
Get the latest updates on Olympics 2020, Olympics 2020 Medal Tally, Live Cricket Score . Like us on Facebook or follow us on Twitter for more sports updates. You can also download the NDTV Cricket app for Android or iOS.