Despite the loss, it was season's best performance for Sania Mirza at the Majors as she fell in the third rounds of the Australian Open and the Wimbledon while at the French Open she had made a first round exit. 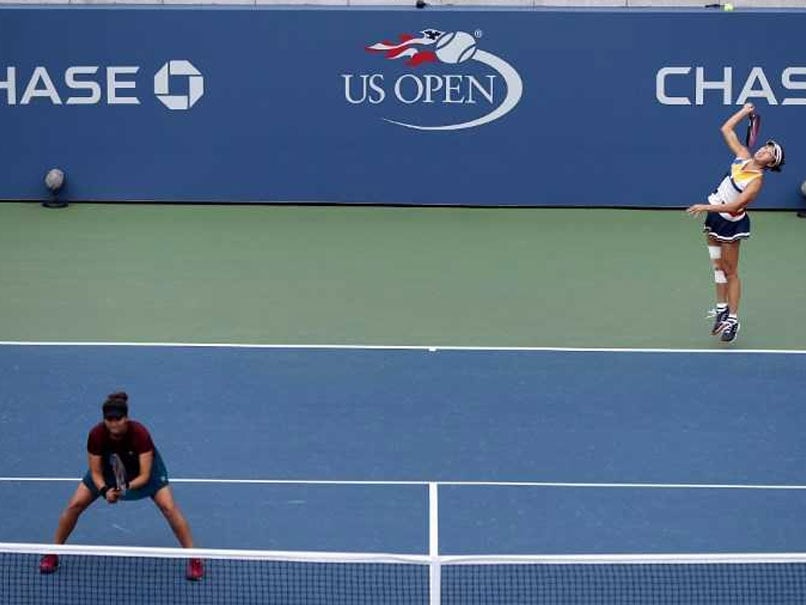 India's Sania Mirza and her Chinese partner Shuai Peng were knocked out of the US Open 2017 on Friday after losing 4-6, 4-6 to second seeds Martina Hingis and Yung-Jan Chan in the women's doubles semi-final. The Indo-Chinese pair started well in both sets but failed to retain their advantage. They were made to pay dearly by Hingis and her Chinese Taipei partner, who advanced to the final with a straight-sets win. The fifth seeds had their opponents on the mat several times but failed to kill the point. They had 10 break point opportunities but could convert just two.

In contrast, Hingis/Chan won seven break point opportunities in total and converted four of them to advance to the summit clash.

The Indo-Chinese pair started the match brilliantly, taking a 3-0 lead. But Hingis/Chan fought their way back to draw level at 3-3 and then grabbed the initiative by breaking their opponents.

Sania and Peng were 3-1 up in the second lead but once again failed to hold on to their advantage, which came back to haunt them later in the match.

Despite the loss, it was season's best performance for Sania at the Majors as she fell in the third rounds of the Australian Open and the Wimbledon while at the French Open she had made a first round exit.

Sania has played with different partners at the Grand Slams this season. She had started the season by teaming up with Barbora Strycova. They had lost in the third round of the Australian Open to Eri Hozumi and Miyu Kato.

At the Roland Garros, she played with Yaroslava Shvedova and lost to Daria Gavrilova and Anastasia Pavlyuchenkova in the opening round.

This season Sania has managed to win only one title -- Brisbane WTA event with American Bethanie Mattek-Sands -- and ended up finalist in Sydney with Strycova.

Comments
Topics mentioned in this article
Sania Mirza Martina Hingis Tennis
Get the latest updates on IPL 2021, IPL Points Table , IPL Schedule 2021 , live score . Like us on Facebook or follow us on Twitter for more sports updates. You can also download the NDTV Cricket app for Android or iOS.