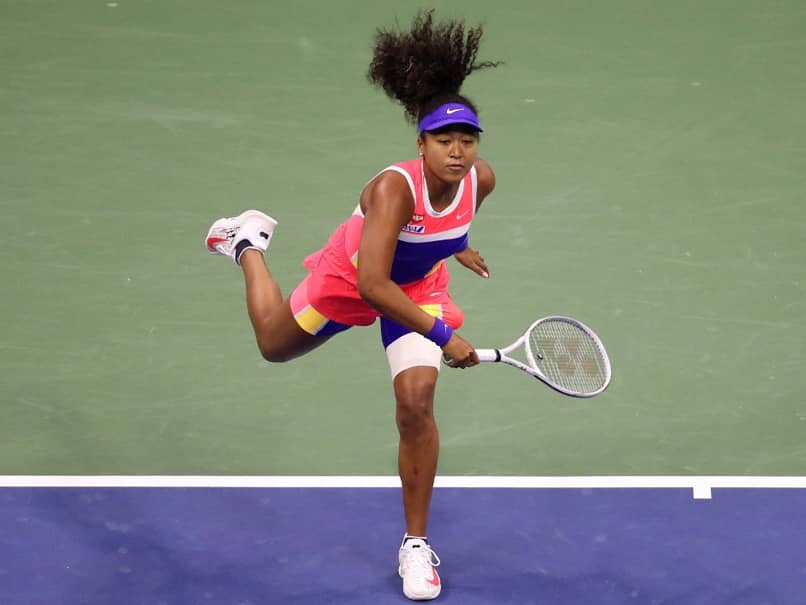 US Open: Naomi Osaka thrashed Italy's Camila Giorgi in straight sets to sail into the third round.© AFP

Naomi Osaka sailed into the third round of the US Open on Wednesday, demolishing Italy's Camila Giorgi in straight sets. Japanese fourth seed Osaka needed only 1hr 9min to swat aside Giorgi, the world number 74, winning 6-1, 6-2. Osaka, the 2018 US Open champion, will now play Marta Kostyuk of Ukraine in the last 32 on Friday. Osaka said she had set out to dominate her hard-hitting Italian opponent from out outset. "I never want to depend on what the other person's going to do," Osaka said.

"Even if I play a power player, for me, my goal is to be the dictator. I think that I was able to do that quite well. I think when she was hitting really hard, I was able to neutralize. When I had the chance, I went for the ball that I wanted.

"I definitely played I think the best out of the two weeks that I've been here today."

The 22-year-old Osaka had entered the tournament with concerns over her fitness after withdrawing from the final of the Western & Southern Open last week.

Her weary body was given a thorough test in her first round match on Monday, when compatriot Misaki Doi took her to three sets.

However there was no sign of fatigue from Osaka on Wednesday as she romped to victory with tightly disciplined display.

In all, Osaka finished with 14 winners and only 11 unforced errors in the win.

Her powerful service game also looked in good order, with Osaka winning 79 per cent of points on her first serve.

Osaka entered the Arthur Ashe Stadium wearing a facemask emblazoned with the name of Elijah McClain, a 23-year-old African-American man who died in police custody last year after being placed in a chokehold and injected with a sedative.

Osaka, an activist against racism and police brutality, says she plans to wear different masks honoring victims of social injustice throughout the tournament.

Comments
Topics mentioned in this article
Naomi Osaka Camila Giorgi Tennis
Get the latest updates on India vs Australia Series, check out the India vs Australia Schedule for 2020-21 and Ind vs Aus live score . Like us on Facebook or follow us on Twitter for more sports updates. You can also download the NDTV Cricket app for Android or iOS.