Injured Naomi Osaka Out Of Western And Southern Open Final 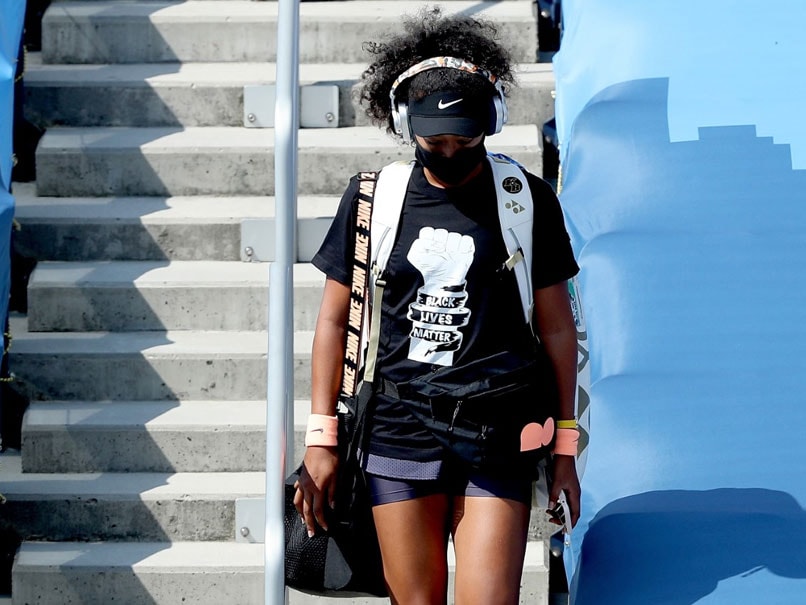 Naomi Osaka said that she pulled her hamstring on Friday during her match against Elise Mertens..© AFP

Japan's Naomi Osakahas withdrawn from Saturday's Western & Southern Open final due to a left hamstring injury, meaning Victoria Azarenka takes the title by walkover. "I'm sorry to have to withdraw today with an injury," said Osaka, who is currently on the Monday night schedule at the US Open where she is due to play fellow Japanese Misaki Doi in first round. "I pulled my left hamstring yesterday in the second set tiebreak and it has not recovered overnight as I had hoped."

Osaka had defeated Belgium's Elise Mertens in the semi-final to set up the championship match against two-time Australian Open winner Azarenka, from Belarus, in the same New York Covid-19 quarantine bubble where the US Open begins on Monday.

Two-time Grand Slam champion Osaka, of Haitian and Japanese heritage, had threatened not to play in the semi-finals to protest the police shooting of African-American Jacob Blake in Kenosha, Wisconsin.

Osaka said she was "sick to her stomach" and "exhausted" by repeated violence against blacks by US police, echoing a move by the NBA Milwaukee Bucks in boycotting a playoff game for the same reason.

Osaka's decision prompted the WTA and ATP to postpone all semi-final matches to Friday, which inspired Osaka to change her mind and play, although she was worried other delayed players would be upset.

"This has been an emotional week and I want to thank everyone for the outpouring of support," Osaka said.