No Coco-Mania As Gauff Bows Out Of US Open

Coco Gauff, a fan favourite at previous Grand Slam appearances, said afterwards she did not think the absence of spectators in New York had hampered her performance. 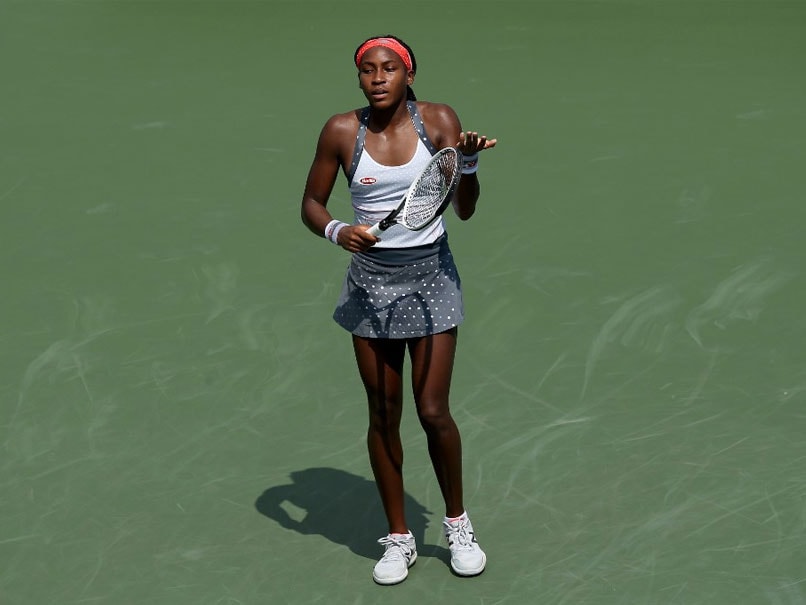 US Open: Coco Gauff's hopes of launching another deep run at a Grand Slam ended in the first round.© AFP

Coco Gauff's hopes of launching another deep run at a Grand Slam ended in the first round at the US Open on Monday, with the US teenager succumbing in three sets to Latvia's Anastasija Sevastova. Gauff, who created a sensation at Wimbledon last year when she became the youngest player in the tournament's history to qualify for the main draw before reaching the fourth round, was beaten 6-3, 5-7, 6-4. The 16-year-old former junior world number one from Delray Beach had battled back to level the match against the 31st-seeded Sevastova after dropping the first set.

But after squaring the match by taking the final three games of the second set to win it 7-5, Gauff was soon scrambling to save the match in the third set.

It was a disappointing exit for Gauff, who backed up her fairytale Wimbledon campaign last year by reaching the third round at the US Open before another decent showing at the Australian Open in January, where she exited in the fourth round.

Gauff, a fan favourite at previous Grand Slam appearances, said afterwards she did not think the absence of spectators in New York had hampered her performance.

"I think I compete just as hard with fans or not," she said. "I could have played better today. Just going to get back to work and get ready for the French Open."

However the teenager acknowledged that limited playing opportunities in 2020 due to a tennis calendar upended by COVID-19, had impacted her development.

"The main part that hurt was just getting matches under my belt, getting experience," Gauff said when asked to assess the impact of the coronavirus disruption.

"That's what I need on tour. I'm playing against people older than me who have been in more situations, difficult situations, than I have. I think the biggest thing is I just need experience.

"Right now my plan is just to play as many tournaments as I can, to get matches under my belt. I'm still in doubles here, so I'll be here hopefully till the end. That's the goal."

"Definitely a goal of mine to qualify," Gauff said. "Right now I'm just focused on the match ahead, just focusing on the moment now. But obviously that's a goal, to qualify for the Olympics next year."

Comments
Topics mentioned in this article
Coco Gauff Anastasija Sevastova Tennis
Get the latest updates on IPL Auction 2023 and check out  IPL 2023 and Live Cricket Score. Like us on Facebook or follow us on Twitter for more sports updates. You can also download the NDTV Cricket app for Android or iOS.