US Open 2020: Novak Djokovic took less than two hours to beat Jan-Lennard Struff in straight sets to enter the round of 16. 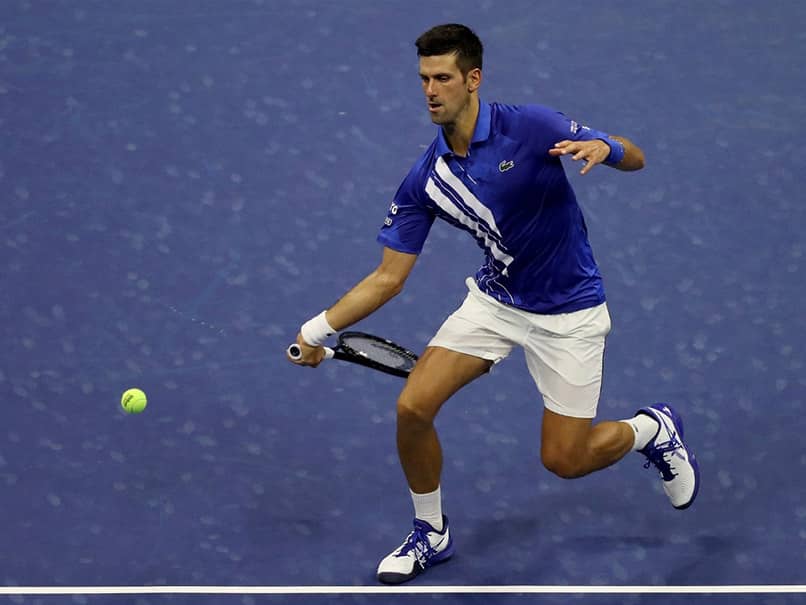 World number one Novak Djokovic eased into the last 16 at the US Open on Friday, cruising to a straight sets victory over Germany's Jan-Lennard Struff. Djokovic, chasing an 18th Grand Slam singles title, was always in control against his 28th-seeded opponent, winning 6-3, 6-3, 6-1 in 1hr 42mins. The Serbian top seed will now play Spain's Pablo Carreno Busta for a place in the quarter-finals. Djokovic is the overwhelming favourite for the title at the US Open, which is taking place with a field severely depleted by injuries and concern over the coronavirus.

Earlier, Japan's Naomi Osaka battled into the last 16 at the US Open on Friday as off-court intrigue forced the delay of a men's singles match for "medical issues."

The Japanese fourth seed, who threw her racquet in frustration after losing the second set on tie-break, prevailed 6-3, 6-7 (4/7), 6-2 against the world number 137.

Mannarino was one of 11 players put under enhanced safety protocols earlier this week after compatriot Benoit Paire was withdrawn from the tournament after testing positive for coronavirus.

"Given the sensitivity of the medical issues involved, the USTA is not able to provide further details," the United States Tennis Association said in a statement.

Martic will play Yulia Putintseva of Kazakhstan in the last 16 after the 23rd seed powered past Vera Lapko of Belarus 6-3, 6-3.

Novak Djokovic Jan-Lennard Struff Naomi Osaka Tennis
Get the latest updates on India vs Australia Series, check out the India vs Australia Schedule for 2020-21 and Ind vs Aus live score . Like us on Facebook or follow us on Twitter for more sports updates. You can also download the NDTV Cricket app for Android or iOS.