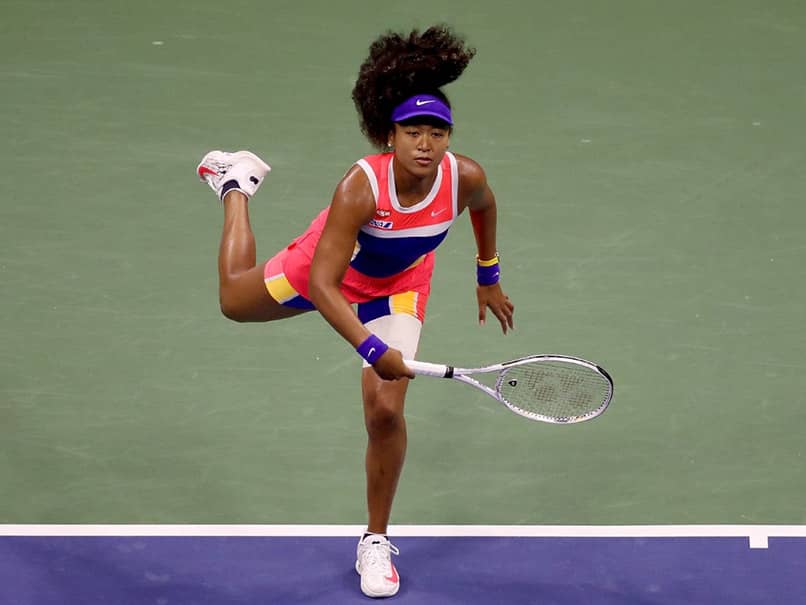 Naomi Osaka is looking to win her second US Open title.© AFP

Japan's Naomi Osaka battled into the last 16 at the US Open on Friday as off-court intrigue forced the delay of a men's singles match for "medical issues." Two-time Grand Slam winner Osaka required three sets and 2hr 33 min to dislodge 18-year-old Ukrainian Marta Kostyuk in an early game at Arthur Ashe Stadium. The Japanese fourth seed, who threw her racquet in frustration after losing the second set on tie-break, prevailed 6-3, 6-7 (4/7), 6-2 against the world number 137.

"I just felt like I had so many points that I didn't capitalise on. I think when I went up, I became a bit passive and then she came in because she has no fear," said Osaka, 22.

Her experience came to the fore in the deciding set as she held her serve and broke Kostyuk twice to set up a match against 14th seed Anett Kontaveit of Estonia for a place in the quarter-finals.

"It was probably experience. I know she's very young and I think I have (played) more matches that are like this," Osaka said.

Mannarino was one of 11 players put under enhanced safety protocols earlier this week after compatriot Benoit Paire was withdrawn from the tournament after testing positive for coronavirus.

"Given the sensitivity of the medical issues involved, the USTA is not able to provide further details," the United States Tennis Association said in a statement.

Martic will play Yulia Putintseva of Kazakhstan in the last 16 after the 23rd seed powered past Vera Lapko of Belarus 6-3, 6-3.

Kerber, the 2016 US Open, will go up against Jennifer Brady for a quarter-final spot after the American 28th seed knocked out France's Caroline Garcia 6-3, 6-3.

Garcia had provided the biggest upset of the tournament on Wednesday when she eliminated top seed Karolina Pliskova.

Kontaveit progressed to set up her tie with Osaka by beating Poland's 24th seed Magda Linetter 6-3, 6-2.

World No.1 Novak Djokovic beat Jan-Lennard Struff of Germany in straight sets to reach the fourth round.

Comments
Topics mentioned in this article
Naomi Osaka Tennis
Get the latest updates on India vs Australia Series, check out the India vs Australia Schedule for 2020-21 and Ind vs Aus live score . Like us on Facebook or follow us on Twitter for more sports updates. You can also download the NDTV Cricket app for Android or iOS.