US Open 2018: Novak Djokovic Advances to Quarter-Finals With Win Over Joao Sousa

Novak Djokovic did his part to set up a blockbuster quarter-final clash with Roger Federer at the US Open on Monday with a 6-3, 6-4, 6-3 victory over unseeded Joao Sousa. 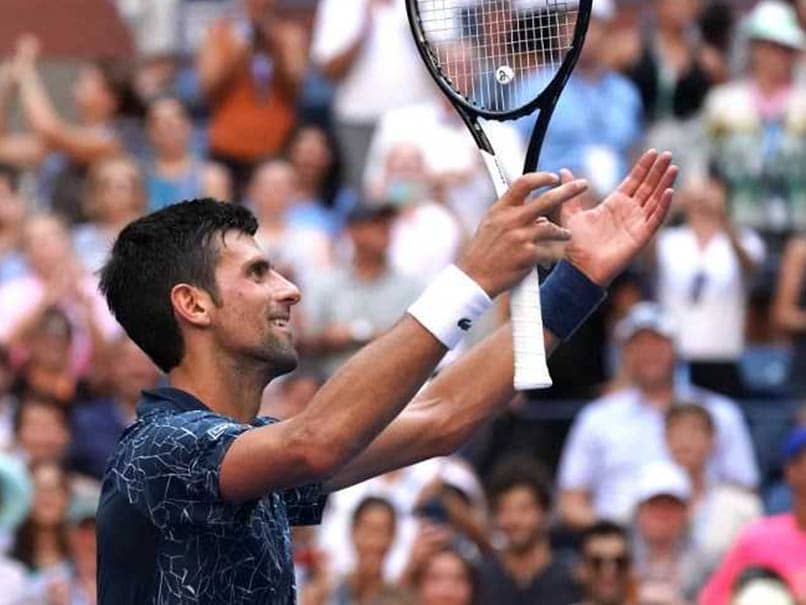 Novak Djokovic did his part to set up a blockbuster quarter-final clash with Roger Federer at the US Open on Monday with a 6-3, 6-4, 6-3 victory over unseeded Joao Sousa. Djokovic, who ended a 54-week title drought with his 13th Grand Slam crown at Wimbledon, will play the winner of a night match between five-time US Open champion Federer and John Millman. Should 20-time major winner Federer get through against the 55th-ranked Australian, he'll set up his earliest Grand Slam meeting with Djokovic since 2007, when Federer beat the Serb star to reach the Australian Open quarter-finals.

Djokovic, whose 3-3 record against Federer at Flushing Meadows includes victories over the Swiss great in the 2011 and 2015 finals, said he was relieved to get past 68th-ranked Sousa in straight sets as temperatures soared again.

"Very happy to get this one done in straight sets," said Djokovic, who left the court for a lengthy toilet break after the second set and departed again for evaluation during a medical timeout early in the third before returning to wrap things up in exactly two hours.

Sousa, who got past 12th-seeded Pablo Carreno Busta and No. 17 Luca Pouille to become the first Portugese man to reach a Grand Slam last 16, was "not happy" at Djokovic's first lengthy absence from the court, although he acknowledged there was no rule limiting time of a comfort break.

More damaging may have been his ire at the chair umpire's refusal to allow a line call challenge in the seventh game of the final set on grounds he gestured too late.

Distracted, he was broken at love in the next game and Djokovic served out the match without fuss.

"It was much more difficult than the score indicated," said Djokovic, who said he struggled with a "couple of things" during the match but that the heat "was the adversity today".

"You can't do anything but try to be tough and survive, find a way to win," he said.

Kei Nishikori, runner-up in 2014, was also pleased to get through in three sets in blazing sunshine on Louis Armstrong Stadium.

After racing through the first two sets against Germany's Philipp Kohlschreiber he dropped his serve while serving for the match at 5-4 in the third, but managed to prevail 6-3, 6-2, 7-5.

"Man, really lucky to finish in three sets," Nishikori said. "It was very hot on the court even though it doesn't look too hot it's hit me."

Nishikori will fight for a semi-final berth against Croatian Marin Cilic, who beat him in the 2014 final.

That remains Nishikori's best Grand Slam showing. After reaching a career-high fourth in the world in 2015 he slid down the rankings as a wrist injury sidelined him for six months, keeping him out of last year's US Open and this year's Australian Open.

Goffin served for the first set at 5-4 before Cilic went on to win the tiebreaker.

From there things got easier, Cilic saying that Goffin confided after the match he had a shoulder problem.

But Cilic still needed a third match point to clinch it.

"I was thinking one match point, second match point -- I hope it's not going to the eighth one," Cilic said.

Novak Djokovic Joao Sousa
Get the latest updates on IPL 2021, IPL Points Table , IPL Schedule 2021 , live score . Like us on Facebook or follow us on Twitter for more sports updates. You can also download the NDTV Cricket app for Android or iOS.