Tomas Berdych won 13 titles, reaching a career-high of fourth in the rankings in 2015 in his 17-year-old Tennis career. 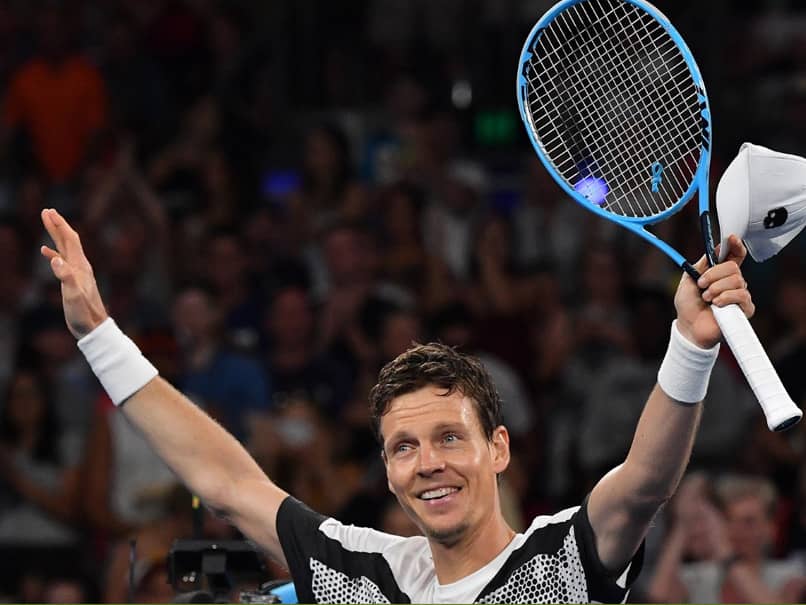 Tomas Berdych said that he is retiring from Tennis 17 years after turning professional.© AFP

Tomas Berdych confirmed on Saturday at the ATP Finals in London that he was retiring 17 years after turning professional. The Czech world number 103 won 13 titles, reaching a career-high of fourth in the rankings in 2015. Berdych, 34, was a top-10 player from July 2010 until October 2016 but has struggled with a back injury over the past two seasons. He never won a Grand Slam title, coming closest at Wimbledon in 2010, where he beat Roger Federer and Novak Djokovic before losing to Rafael Nadal in the final.

Together with Radek Stepanek, he led the Czech Republic to Davis Cup wins in 2012 and 2013.

Berdych said he had decided to stop playing soon after this year's US Open.

He said the highlight of his career was reaching the Wimbledon final.

"I was in the finals in Wimbledon in 2010 beating Djokovic, Federer, before losing to Nadal," he said. "I won a Masters in Bercy (Paris). And two Davis Cups.

Comments
Topics mentioned in this article
Tomas Berdych Tennis
Get the latest updates on India vs Australia Series, check out the India vs Australia Schedule for 2020-21 and Ind vs Aus live score . Like us on Facebook or follow us on Twitter for more sports updates. You can also download the NDTV Cricket app for Android or iOS.