The US Open Men's Draw Is A Tale Of Two Halves

The field of newbies, who compete on Sunday for the first four spots in the US Open quarterfinals, is as eclectic as they come. 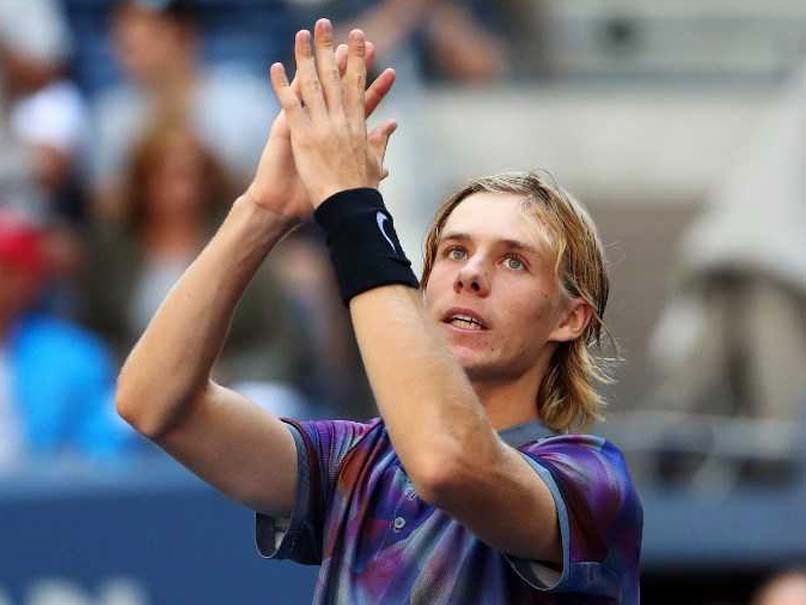 Denis Shapovalov is the oddsmakers third choice to win the entire tournament, after Nadal and Federer.© AFP

The men gathered in the locker room at the U.S. Open on Friday had good reason to be glued to an afternoon match between Marin Cilic and Diego Schwartzman. For most of those watching, it had been a long time since they felt the real, palpable tingle of opportunity at a Grand Slam tournament. Yet when Cilic, the fifth seed, fell in four sets, he shredded whatever thin semblance of predictability and neatness - two characteristics of the men's game since the rise of Roger Federer and Rafael Nadal - still remained in the bottom half of the men's draw. In a tournament defined from the outset on the men's side by injury-related absences of the top players, Friday made it official: For just the 13th time since the U.S. Open in 2006, a first-time major finalist will compete for a Grand Slam title.

The field of newbies, who compete Sunday for the first four spots in the quarterfinals, is as eclectic as they come.

The 29-year-old Californian Sam Querrey figures to lead the group, if there is such a person. The No. 17 seed is the only one still alive who has at least made it to a Grand Slam semifinal, earlier this summer at Wimbledon, even if he was quick to qualify that distinction Friday night.

"But it's kind of an irrelevant stat, I feel like," he said. "I made one semifinal."

Canadian phenom Denis Shapovalov, 18, is the oddsmakers third choice to win the entire tournament, after Nadal and Federer.

Shapovalov, who entered the main draw through the qualifying tournament, captured the hearts of tennis fans with a flashy win over Nadal this summer. He is so young he wears his hats backward, a size too big and fastened as tight as possible over his forehead and endearingly calls it "Shapo-fashion." He is so green he marks his career milestones by the month, not year.

As in, "The month of August has been absolutely life-changing for me," he said Friday after his match.

The highest seed remaining in the lower half is the Spaniard Pablo Carreno Busta, the No. 12 seed, and the oldest is Paolo Lorenzi, 35. Kevin Anderson is the tallest, at 6-foot-8, and Diego Schwartzman (who upset Cilic) is the shortest, at 5-7. Not a single man playing Sunday has than four career titles on the ATP tour. Only one of the four pairings have ever faced off before - Anderson has defeated Lorenzi in three career meetings.

But of all the numbers and quirks that define the bottom half of the draw, the players know one truth above all else: Ultimately, it comes down to who is across the net from you, and the seeds and history matter very little.

"The draw is one thing, but I'm old enough to understand that, like, I can win three sets against [John Isner] who is seeded No. 10, but I barely won my first round," said Mischa Zverev, 30, who plays Querrey on Sunday. "I was two sets to one down and a break down in the fourth. The guy was ranked 600 in the world.

"I know that ranking and draw is irrelevant. . . . All the other guys, like Querrey for example, who I'm playing next round, he had an unbelievable year. He won Acapulco, beading Nadal in the final when Nadal was playing really well. He played well in Wimbledon. He won Cabo. . . . Draw is one thing, but facing the next opponent can be something different."

The feeling among these players left at the Billie Jean King National Tennis Center is not one of overwhelming excitement.

They know their collective appearance this late in a Slam, hard-earned though it is, does not portend a changing of the guard. The men's draw was missing five of the top 11 ranked ATP players due to injury when the tournament began. Celebrations of success in that context has been somewhat muted.

"It's a little more opportunity and kind of a freak year with all these injuries," Querrey said. "Everyone is trying to do the best they can to make the best of a good situation for the rest of us, I guess you'd call it."

"It's always good for the new guys or for the guys who are out of the Top-10," Schwartzman practically shrugged.

Fans uncomfortable with this sort of unruliness need only to turn to the top of the draw for ease of mind.

There, top-seeded Nadal and third-seeded Federer will play their fourth-round matches later on Saturday. Former U.S. Open champion Juan Martin del Potro is still alive, and so is sixth-seeded 23-year-old Dominic Thiem. There is order up there.

But for those who crave chaos, the bottom-half is the one to watch.

(This story has not been edited by NDTV staff and is auto-generated from a syndicated feed.)
Comments
Topics mentioned in this article
Rafael Nadal Roger Federer Sam Querrey Pablo Carreno Busta Dominic Thiem Tennis
Get the latest updates on ICC Women's Cricket World Cup 2022 and IPL 2022, check out the Schedule , Live Score and IPL Points Table. Like us on Facebook or follow us on Twitter for more sports updates. You can also download the NDTV Cricket app for Android or iOS.