Umpire Gianluca Moscarella was caught on video telling a ball girl she was "very sexy, then asking: "are you hot... physically or emotionally... or both?" 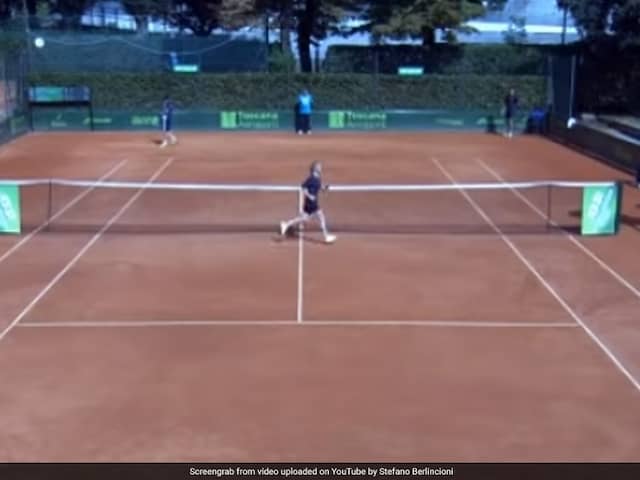 An umpire who asked a ball girl whether she was 'hot' during a men's tennis tournament in Italy has been banned from officiating pending an investigation, the ATP said Tuesday. Umpire Gianluca Moscarella addressed the girl during a second-tier ATP men's tournament in Florence, Italy, last week, during which he was also accused of inappropriate conduct towards one of the players. Video on social media showed Moscarella telling the girl she was "very sexy, then asking: "are you hot... physically or emotionally... or both?"

The incident occurred during the Challenger Tour match between Pedro Sousa and Enrico Dalla Valle during which the umpire offered encouragement to the former while Dalla Valle was absent from the court momentarily.

BREAKING VIDEO! More about the umpire behaviour in that match. Said to ballgirl "“You are fantastic” “Very sexy” “Are you ok? It's hot. Do you feel hot? Phisically or emotionally?” Is this acceptable addressed to a young girl even if said "as a joke"?https://t.co/IUHEZ5oySa

"We are aware of a number of incidents involving chair umpire Gianluca Moscarella during a match between Pedro Sousa and Enrico Dalla Valle at the ATP Challenger Tour event in Florence last week," the ATP said in a statement.

"Moscarella was immediately dismissed from the tournament when the matter was brought to light, and a full investigation has been initiated.

"Meanwhile, Moscarella has been provisionally suspended from his services as a contracted ATP official pending the results of the investigation."

Sousa won the second round match 7-5, 4-6, 6-4 after Moscarella chided him for losing focus and missing a series of match points.

"My dear Pedro... Stay concentrated please," he was heard telling the player.

Moscarella is not the first umpire to face suspension over courtside conduct. Swedish umpire Mohamed Lahyani was banned for two tournaments last year for encouraging Australian Nick Kyrgios at the US Open.