Novak Djokovic and Rafael Nadal could be set to face each other online after the cancelled Madrid Open tennis tournament announced it will run a virtual competition later this month. 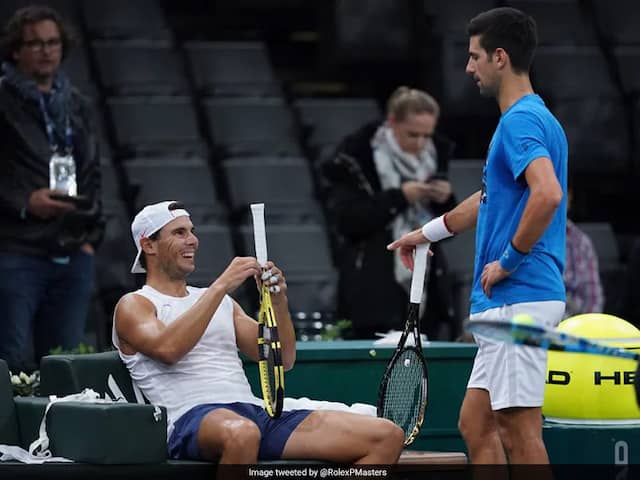 The likes of Novak Djokovic and Rafael Nadal could be set to face each other online after the cancelled Madrid Open tennis tournament announced it will run a virtual competition later this month. Professional players will compete on the Tennis World Tour videogame to raise money for those struggling in the sport and people affected by coronavirus. La Liga also organised a FIFA football tournament online last month, which raised more than a million euros and was won by Real Madrid's Marco Asensio, after every club picked a player to represent them.

The Madrid Open said on Monday it would run an online competition over four days, from April 27 to 30, and the "organisation will soon announce the list of participants".

Each male and female winner will decide how much of a 150,000-euro purse to donate to "tennis players currently suffering economically". An additional 50,000 euros "will all go towards reducing the social impact of the COVID-19 pandemic".

There will be 16 singles players in both the men and women's draws, divided into four groups. A series of 'exhibition matches' will also be arranged between players and "content creators", to raise additional funds.

"We have organised a tournament for the professional players that is as true to the conventional Mutua Madrid Open as possible, without them having to leave their homes," said tournament director Feliciano Lopez.

"And its goal is not just to entertain; we want to do our bit during this period, which is so difficult for everyone".