The 33-year-old Frenchman did not disappoint his home crowd as he beat the Croatian in three sets 1-6, 6-3, 6-2 to reach the final of the tournament. 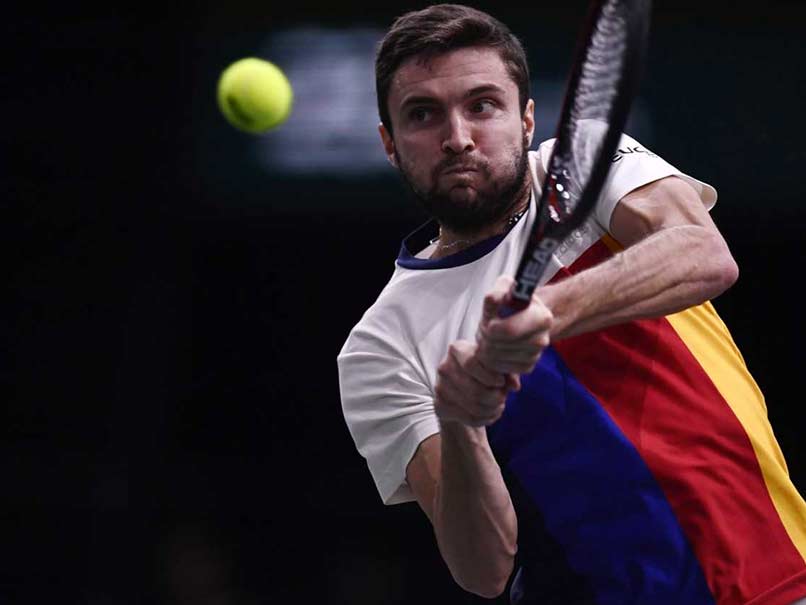 Gilles Simon staged a dramatic comeback to knock out tournament-favourite Marin Cilic, making his first ATP World Tour final in more than two years at the Tata Open Maharashtra on Friday. The 33-year-old Frenchman did not disappoint his home crowd as he beat the Croatian in three sets 1-6, 6-3, 6-2 to reach the final of the tournament. The 2009 and 2010 champion Cilic had come into the semifinal on the back of a quarterfinal victory against France's Pierre-Hugues Herbert on Thursday. The Croat had previously played Simon on six occasions, losing to the Frenchman five times. Therefore, it was important for the World No. 6 to start the match well if he was to qualify for the final of the singles competition.

He did exactly that as he served well in the first set, winning 11 out of 12 points off his first serve. The good start saw Cilic take a 5-0 lead in the set that was enough for him to take the set 6-1 in the end.

It looked like the 29-year-old Croat would run away with the game in the second set as well but it wasn't to happen, as Simon looked lively, answering the crowd's encouragement by displaying some amazing returns to make a comeback into the match.

The 33-year-old Frenchman pulled up his socks and led by four games to nil in the second set, but Cilic came back to win the next two games to make it 4-2, still in Simon's favour. However, in the seventh game, Simon held his serve at a crucial stage of the match to lead by 5-2.

Cilic also held his serve and hoped for the Frenchman to lose the ninth game but the World No. 89 confidence rose as he won the second set 6-3.

In the third set, Simon broke Cilic's serve in the first game itself and continued his momentum as he led by 5-2 and was serving for the match.

Cilic looked nothing like the player who started the match aggressively to win the first set, and it was the 33-year-old Simon who kept his calm and served superbly to make his way into the final of the Tata Open Maharashtra as he secured the last set 6-3.

Comments
Topics mentioned in this article
Gilles Simon Marin Cilic Tennis
Get the latest updates on ICC T20 Worldcup 2022 and CWG 2022 check out the Schedule, Live Score and Medals Tally. Like us on Facebook or follow us on Twitter for more sports updates. You can also download the NDTV Cricket app for Android or iOS.