Wang Xinyu had to retire hurt, apparently after feeling pain in her thigh, while she was leading 5-2 in the second set. 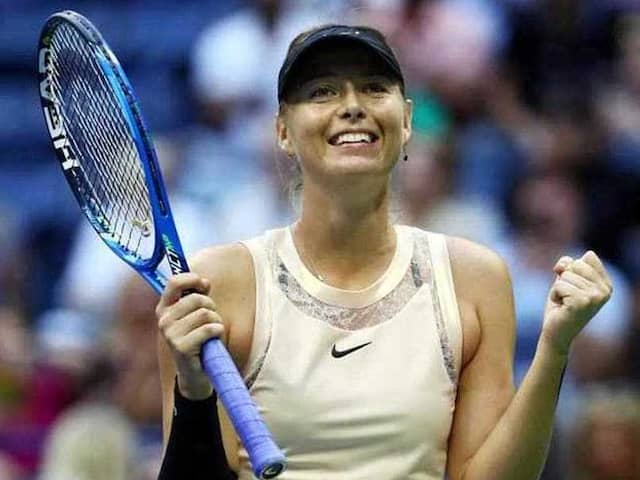 Sharapova takes on top-seed Belorussian Aryna Sabalenka in the next round.© AFP

Former world number one Maria Sharapova qualified for the quarter-finals of the Shenzhen WTA after struggling against China's great tennis hope Wang Xinyu, who was forced to retire from the match in pain. The fifth-seed Russian was surprised early on by the power of her 17-year-old opponent, who took the final game of the first set 7-6 and broke in the second. But Wang Xinyu had to retire hurt, apparently after feeling pain in her thigh, while she was leading 5-2 in the second set.

"You played unbelievable," Sharapova told Wang, after the Chinese player announced she was retiring from the match, adding that the teenager had a great career ahead of her.

"It's not the way either of us wants to finish the match, win or lose," said Sharapova, who is ranked 29.

"I thought (Wang) was absolutely the dominant player in this match, and had all the opportunities to win it, even though I felt like I was finding my stride and getting a little bit closer to the line and being more aggressive."

Wang won two junior doubles titles last year at two Grand Slam tournaments (at Wimbledon and the Australian Open). She was given a wildcard for the tournament in Shenzhen.

In the next round, Sharapova takes on top-seed Belorussian Aryna Sabalenka, who had an easy win over Russian Ekaterina Alexandrova on Wednesday 6-3, 6-3.

Comments
Topics mentioned in this article
Maria Sharapova Tennis
Get the latest Cricket news, check out the India cricket schedule, Cricket live score . Like us on Facebook or follow us on Twitter for more sports updates. You can also download the NDTV Cricket app for Android or iOS.