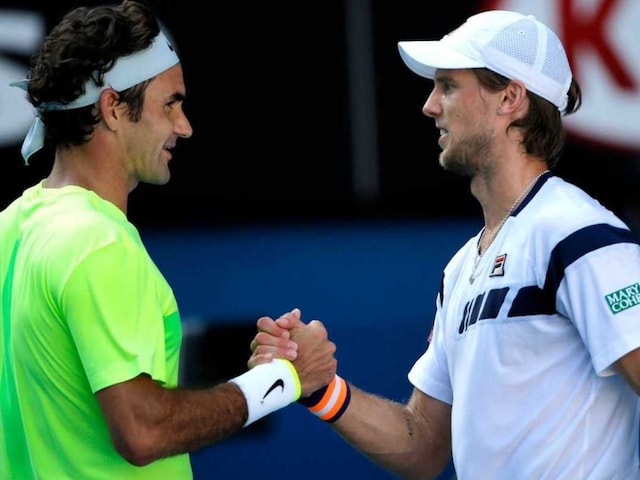 "Wish I could have played better," Federer said after his shock loss to Seppi© AP
Melbourne:

Second seed Roger Federer was expected to saunter into the Australian Open fourth round on Friday when he faced Italian Andreas Seppi, a man he had beaten in each of their previous 10 encounters. (Federer Makes Shocking Third-Round Exit)

Expectations were the 17-times grand slam champion had the better serve, backhand, forehand, movement and court craft to sweep away the world number 46.

He had also not lost this early in the season-opening grand slam since his second trip to Melbourne Park in 2001, when he was eliminated in the third round.

The Italian never allowed the world number two to settle into a rhythm. He attacked his backhand. He seized three of the five break opportunities he had in the first two sets, while Federer took just two of his seven.

Suddenly the Swiss maestro was two sets to love down.

The crowd at Rod Laver Arena and watching around Melbourne Park are astounded but not overly concerned. Federer has won nine times throughout his storied career from such a deficit.

The fightback began in the third game of the third set when Federer broke. A bellowed "come on" got the crowd more involved.

Tension ratcheted up in the fourth set as the pair traded service games. Balls cannoned into net cords. Cross-court drives kissed the line and the pair went into a tiebreak.

Federer took a 3-1 lead, but a double fault two points later allowed the Italian to get it back on serve and he clinched victory with a desperate lunging forehand past the charging Swiss at the net.

"But after the first set, then I felt 'I am here, I am hitting the ball very well'. I start to believe that I can do more."

Federer was philosophical in his defeat. The Italian had played extremely well, while most of the 50-50 moments in the match had fallen in Seppi's favour, he said.

"Just a bad day. I wish I could have played better," Federer said "I couldn't really get the whole game flowing. Was it backhand? Was it forehand? Was it serve?

"It was a bit of everything."

"Had chances to get back into it. I let it slip... in some ways. I guess I won the wrong points out there."